Hollywood's hottest heartthrob, Ryan Gosling, has done a fabulous job making a name for himself in 2011, with three hit films under his belt, including "Crazy, Stupid, Love" "The Ides of March," and "Drive." 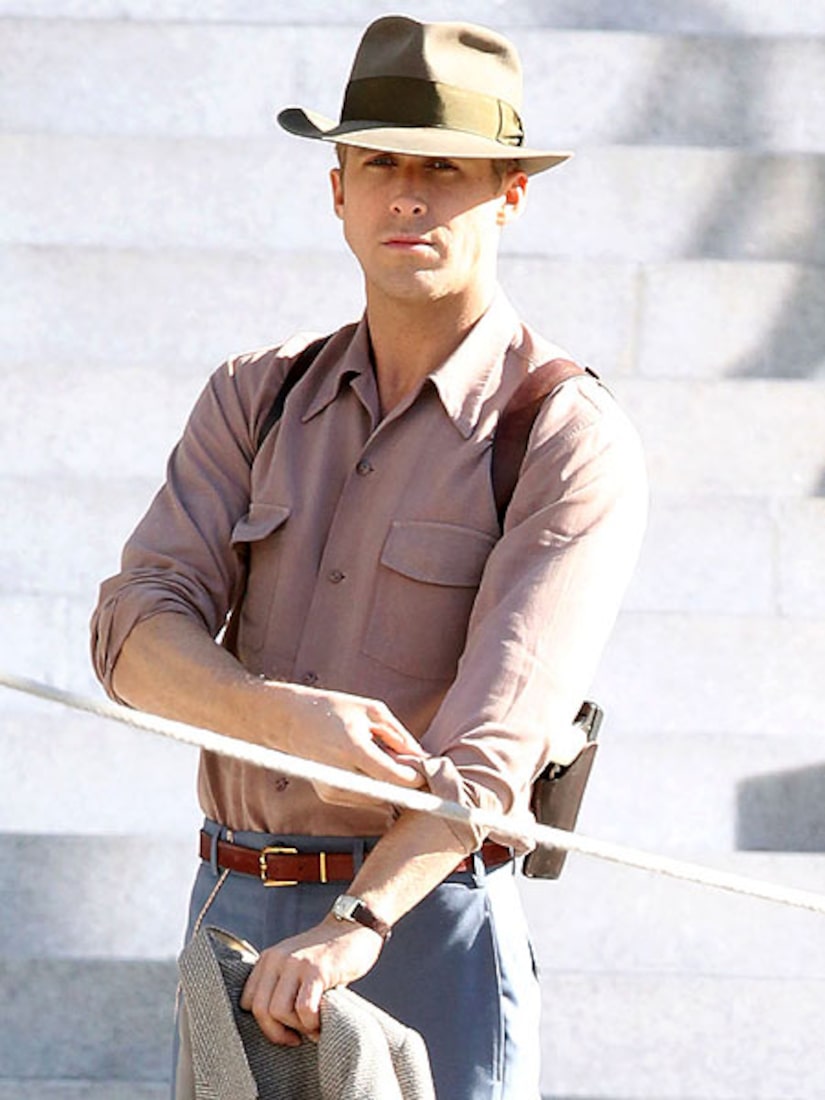 Here are five interesting facts about Ryan, plus our Sexy Facts list!

3. He doesn't believe in muscles, and after working out religiously for his part in "Crazy, Stupid, Love," Gosling told "Extra," "That was a lot of work. It's such a waste of time. It takes so much time to make muscles and then they don't really do anything."

4. As a child, Ryan lived with Justin Timberlake's family when they were both on Disney's "The Mickey Mouse Club."

5. The 31-year-old said he is intrigued with robbing banks, like his character in the upcoming film, "Gangster Squad." "I always had this fantasy of robbing banks, but I'm afraid of jail."

He Grew Up Mormon

Ryan Thomas Gosling spent most of his early childhood in the town of Cornwall in Ontario, Canada.His family was raised Mormon.Gosling once told The Guardian, "We were pretty religious, it was a part of everything - what they ate, how they thought."His parents divorced when he was a child and he was raised mostly by his mother.

Ryan first broke into show business on "The Mickey Mouse Club," alongside Britney Spears, Christina Aguilera and Justin Timberlake.He was once close friends with Timberlake, and even lived with him during their stay in Florida to tape the Disney kids show.

When Gosling was asked by Backstreet Boys singer A.J. McLean to audition for the boy band, Ryan turned him down.

At a young age, Ryan thought having a Canadian accent didn't sound "tough enough. I thought guys should sound like Marlon Brando. So now I have a phony accent I can't shake, so it's not phony anymore."

After working out at a gym in Manhattan, Ryan was walking home and noticed two men fighting on the street. The bold actor got in between the guys and stopped the fight.The entire ordeal was captured on video and put on YouTube. It has been viewed over a million times.

Gosling is quickly becoming known as Hollywood's It Guy, with three hit movies released in 2011, including "Drive," "Crazy Stupid Love," and "The Ides of March."As depicted in "Drive," Ryan often chooses masculine, cool-guy roles that is sometimes light on dialogue. He conveys much of his character's emotions through body language, which prompted a humorous montage created by Funny or Die, called "Quiet Ryan."The creators of the amusing video wrote: "Sometimes saying nothing says so much."Quiet Ryan [https://www.funnyordie.com/videos/c1105f672c/quiet-ryan] - watch more funny videos [https://www.funnyordie.com/]

Starring in one of the most romantic movies of the decade, Ryan was cast with the beautiful Rachel McAdams in 2004's "The Notebook."The two had undeniable chemistry on and off the big screen, with Gosling saying, "I mean, God bless 'The Notebook,' it introduced me to one of the great loves of my life. But, people do Rachel and me a disservice by assuming we were anything like the people in that movie. Rachel and my love story is a hell of a lot more romantic than that."

Perhaps the funniest tribute to the actor is from a website called, F&%k Yeah! Ryan Gosling [https://fuckyeahryangosling.tumblr.com/], which has photos of Ryan with silly captions that always begin with "Hey Girl."Gosling appeared on MTV promoting "Blue Valentine," and was said he had heard of F&%k Yeah! Ryan Gosling. The reporter handed him a few printouts from the site and asked him to read some of his favorite... see which ones crack him up!Get More: Movie Trailers [https://www.mtv.com/movies/trailer_park/], Movies Blog [https://moviesblog.mtv.com/]