Actress Rachel McAdams showed off a playful side in Glamour magazine as the February cover girl, talking about her new movie "The Vow" -- and dating her co-stars. 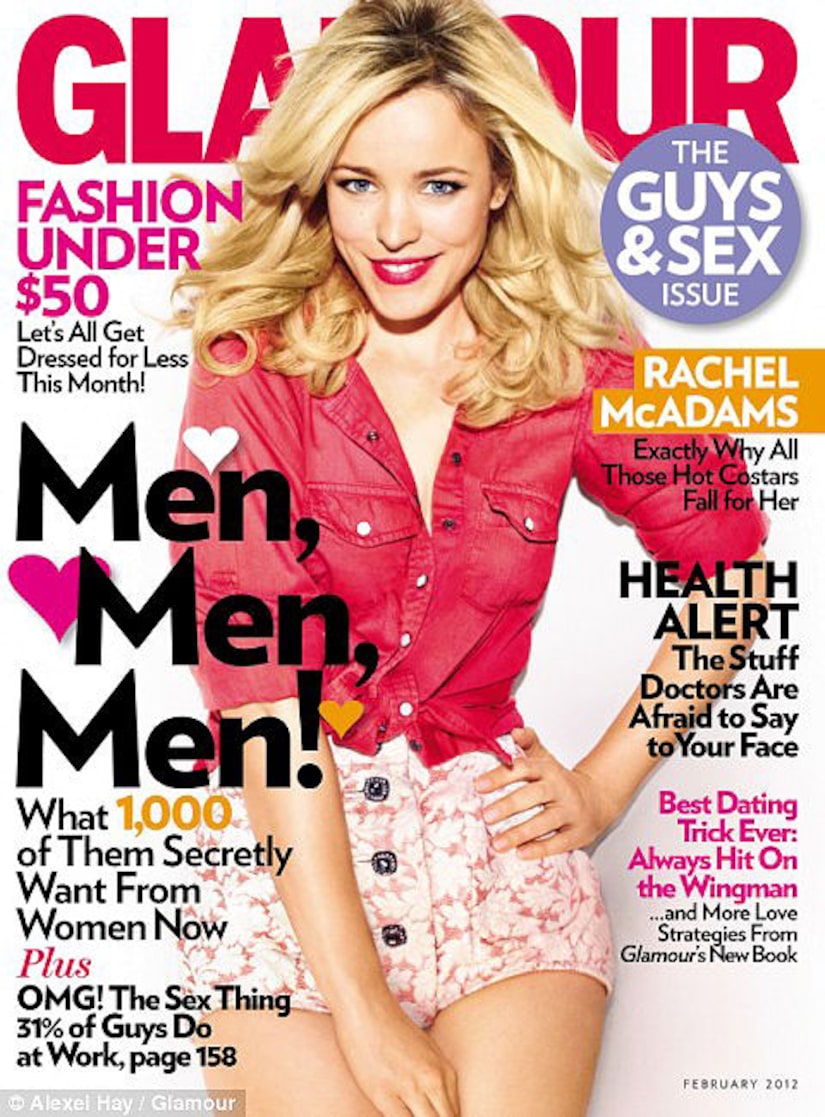 McAdams was most famously linked to her "The Notebook" co-star Ryan Gosling, who said she was one of his two greatest girlfriends. She laughed with Glamour about why her exes gush about her, "'I'm paying them. But, no, that's lovely to hear."

She is currently dating her "Midnight in Paris" castmate Michael Sheen. Is there something about a movie set that is romantic to her? Rachel explained, "No. A set may seem like a good place for romance, but I don't think it's very conducive; it's too distracting. Every relationship I've had with a co-worker has come after the fact, because you wind up actually spending a lot of time with those people promoting their movie."

McAdams is starring next in the romantic film "The Vow," playing a woman who loses her memory in an accident, and must be wooed all over again by her husband (Channing Tatum).

Rachel was worried the chemistry with Tatum would be off "because we were more like brother and sister, like buds," but added, "Channing is very outgoing, very kind and a lot of fun to work with."

You can fall in love with Tatum and McAdams when "The Vow" premieres February 10.