International superstar Elton John recently told the L.A. Times that he would very much like Justin Timberlake to portray him in a planned biopic of his life. The singer told the paper, "Number one on my wish list is Justin Timberlake." 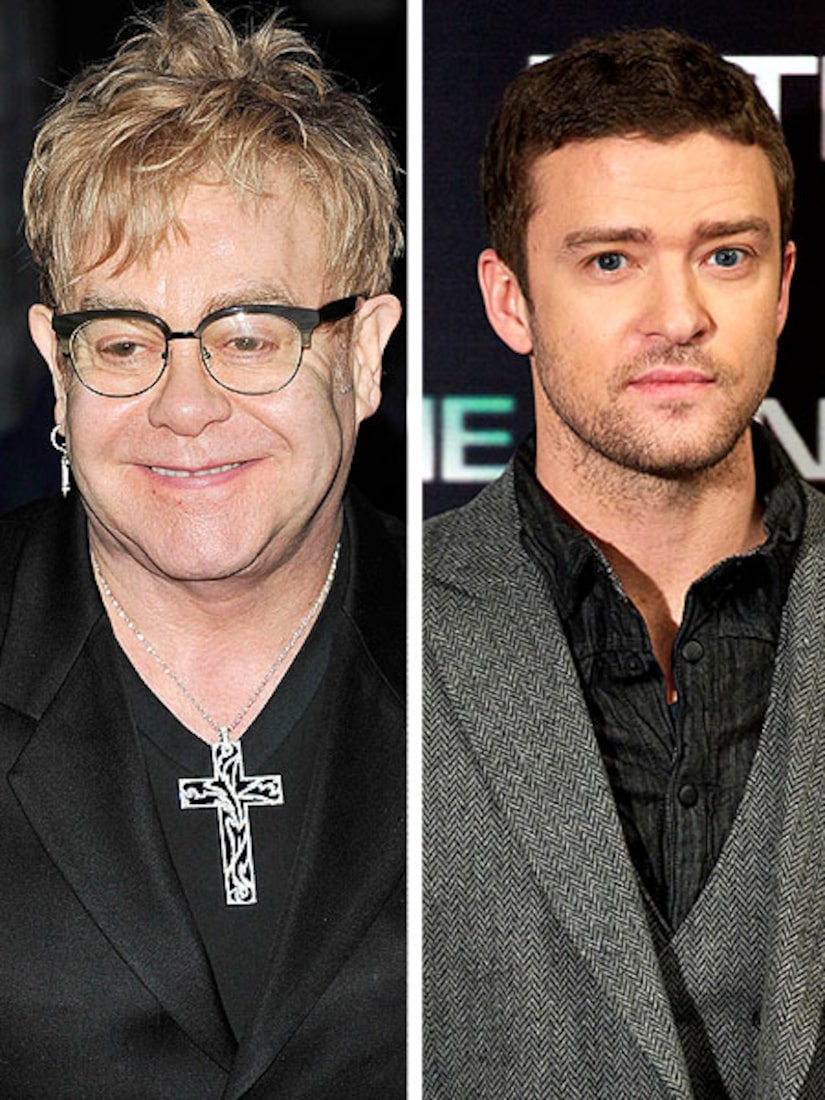 John continued, "He played me before in a David LaChapelle video of 'Rocket Man' and it was superb."

Timberlake, a six-time Grammy winner turned actor, hasn't commented on whether he will join the cast.

Elton's film, titled "Rocketman," is currently in the works, with Elton serving as Executive Producer.