Kim Kardashian spent New Year's Eve in Las Vegas and rang in 2012 at Tao, where the starlet reportedly earned $600K for making an appearance at the famous nightclub. 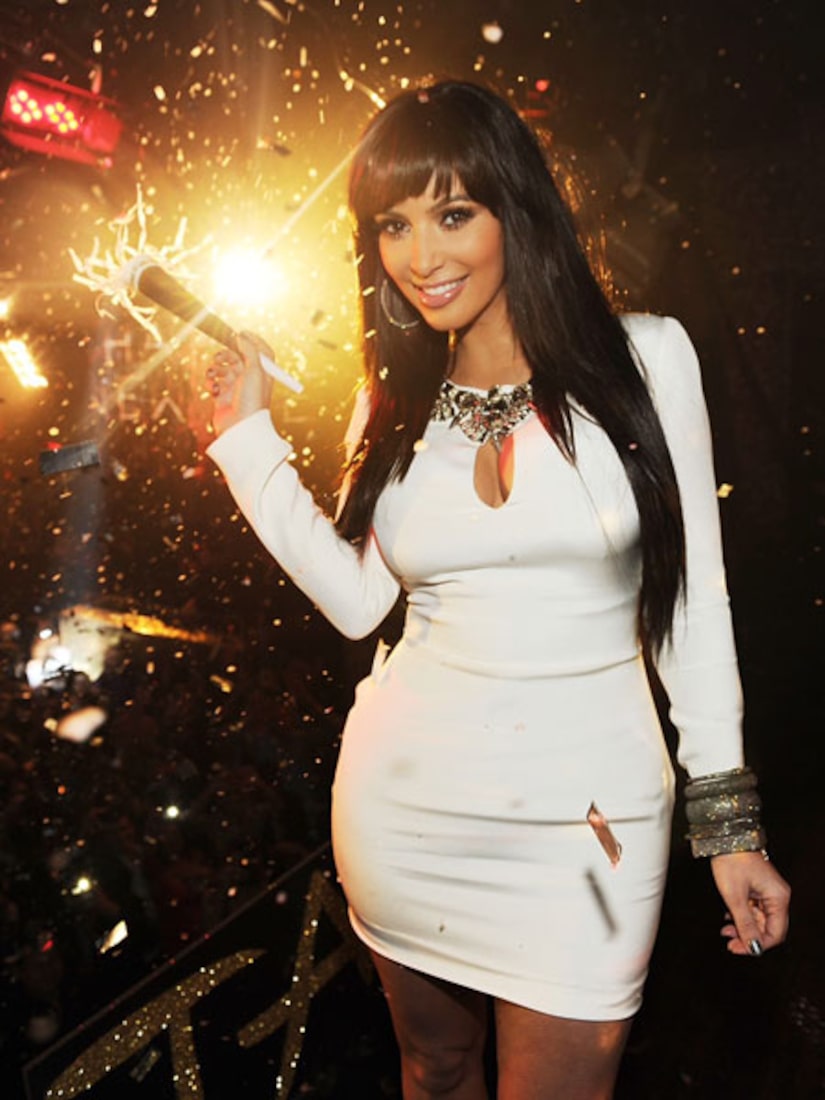 With the Kardashian clan in tow, Kim celebrated in Sin City with clip-on bangs and sported a sexy, white Gucci dress. Kim told "Extra's" Adrianna Costa, "I really want to look forward, and not look back."

The 31-year-old continued, "Trust your gut... you know, that's my biggest lesson."

Kim hopes to fall in love, and said, "I think I would [get married again], I believe in love, I always have. That's why I got married in the first place. Follow your heart.""Dancing with the Stars" pro Mark Ballas also enjoyed the festivities with Kardashian momager, Kris Jenner -- who said she was Kim's date for the evening. Kim revealed she was staying with her mom, and explained, "I moved into my mom's house and am still staying there. I took two and a half months off, didn't wear any makeup, didn't even bring makeup with me to my mom's house."

Jenner gushed that having her children hang around the house has been "really fun" during the holidays. The reality mom said she wasn't used to Lamar and Khloe being so far away. "I went and got her favorite champagne, and then I realized she's not going to be here tonight."

Samantha Ronson was also in Las Vegas, manning the DJ booth at LAVO. Check out the video footage of the evening's festivities!