"Extra" talked with some Hollywood A-listers about what they will change in 2012!

At the premiere of her film "We Bought a Zoo," actress Scarlett Johansson said, "I'm sleeping for the holidays this year." 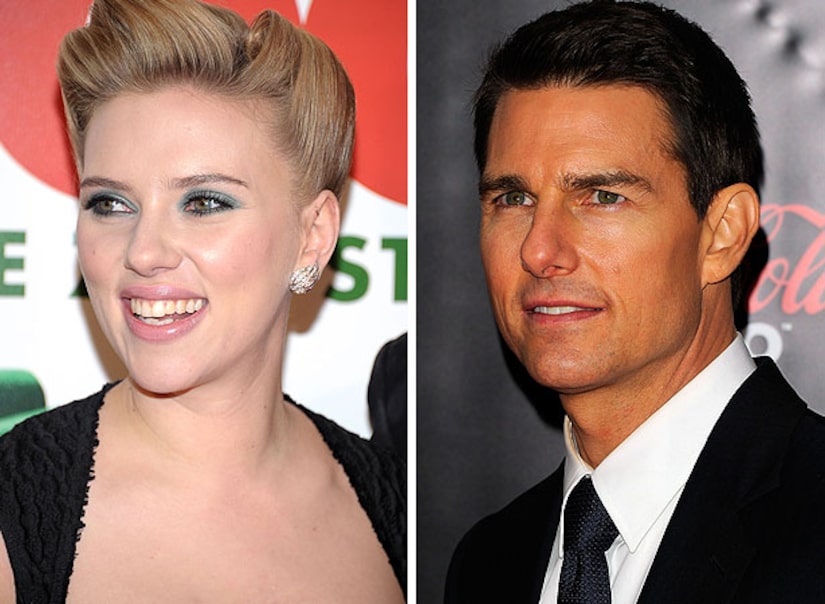 Mark Wahlberg, starring in the upcoming action thriller "Contraband," replied, "I'm trying to do the right thing every day."

"NCIS" star Pauley Perrette chirped, "I really like New Year's because the holidays fluster me and they used to depress me, but I'm extremely happy this year."

Meanwhile, there are those celebrities who don't believe in resolutions, such as "X Factor" judge Simon Cowell, telling "Extra's" Terri Seymour, "Never. You're never going to keep them."

As for "Mission: Impossible - Ghost Protocol" actor Tom Cruise says he needs a little help coming up with one. "I don't know, man. I don't know. Throw one out there for me."

If you have a great resolution for Tom, leave it in the comments below!