"Two and a Half Men" star Ashton Kutcher spent Christmas in Italy with a new woman, screenwriter Lorene Scafaria, tweeting pics of the vacation. 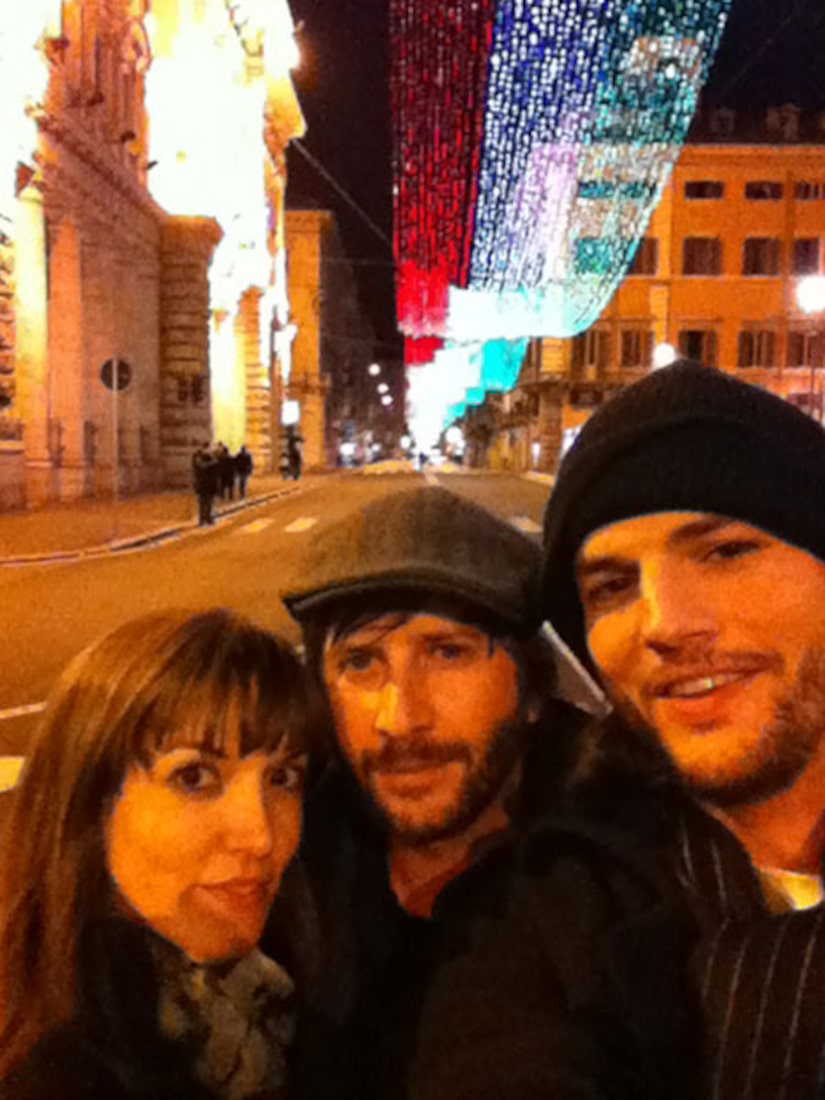 According to UsWeekly, the actor, 33, and Scafaria, also 33, spent time checking out the sights, including the Tower of Pisa, and they were spotted having lunch, where they "held hands," a witness told Us. "They shared spaghetti, and he paid."

Reps for both Kutcher and Scafaria, who recently split with actor Adam Brody, deny any romantic involvement, stating, "They're just friends."

Meanwhile, Kutcher's estranged wife, Demi Moore, spent the holidays with family in Parrot Cay, a private resort in Turks & Caicos. She filed for divorce in November.