For those of you who don't know that Tuesday's death rumors have been put to eternal rest, here's Jon Bon Jovi enjoying the sights in St. Bart's while on a Caribbean holiday. 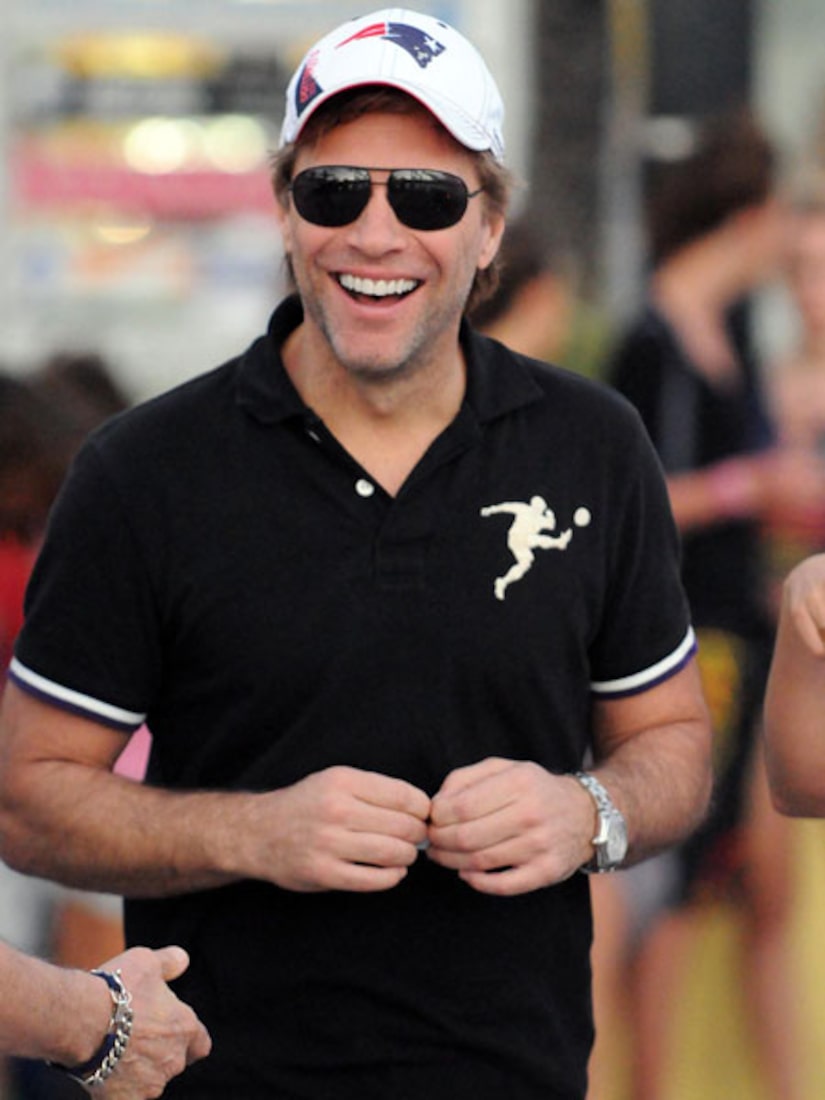 Bon Jovi, 49, tweeted a picture of himself the other day, to prove that he hadn't gone to the great New Jersey in the sky, saying, "Heaven looks a lot like New Jersey."

Yesterday, figures from Billboard revealed that Bon Jovi was the second highest-earning band this year, with $193 million earned from just 68 shows. The top act was U2, raking in $293 million from just 44 concerts.