Crowned the first season's winner of "X Factor," Melanie Amaro told "Extra" the $5-million prize money -- the largest in TV history -- was "beginning to sink in!" 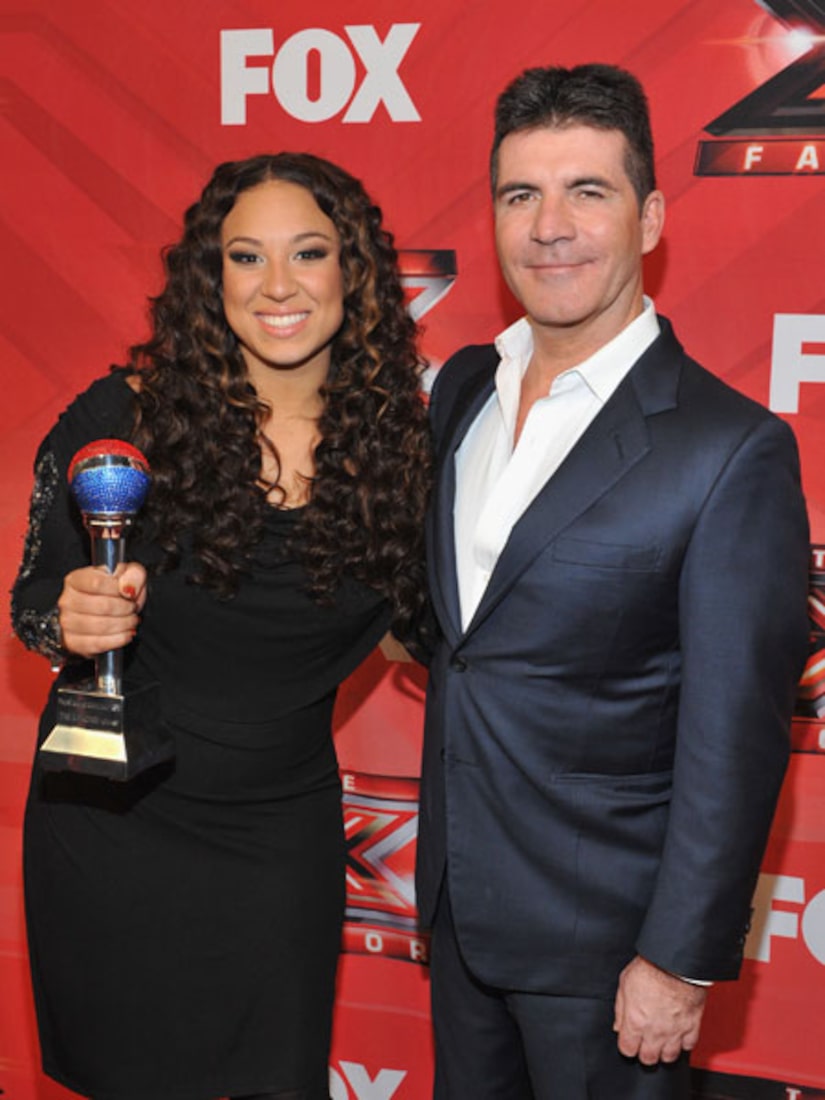 Amaro expressed her gratitude to executive producer and mentor Simon Cowell, and said, "He was so happy!"

Nicole Scherzinger, who was recently snapped with comedian Dane Cook, denied they were a couple, saying, "No, absolutely not. There's nothing."

Click through these five interesting facts about Melanie Amaro!

The singer was denied a Fast Pass at a local audition in Florida -- which puts talented contestants at the front of the line at the official "X Factor" audition.A determined Amaro decided to wait "in line with all the thousands of people." It sure paid off!

Melanie, 19, began singing when she was just six months old.Amaro explained, "At six months, a baby's spine isn't aligned yet to sit up straight on your own," says Melanie. "But I was sitting up on the crib, sitting up on my own and just singing. [My mom] said she didn't have a clue what I was singing, but it sounded so pretty and she said it was music. She said right after I finished singing I would just lay my head back down and fall asleep."

Viewers were surprised to find out that Melanie used to hide her Caribbean accent, during an "X Factor" episode.Speaking backstage after one of the shows, Amaro admitted, "I've always tried to curb [my Caribbean accent]. But tonight, it came out, and I couldn't help but to speak the way I normally do at home. A lot of people say they have a hard time understanding me when I speak, so I try cater to them. Now I have no choice but to continue to speak the way I normally speak. I'll be a lot more comfortable now that I don't have to think about things to say in an American accent."

Mayor Mike Ryan helped raise some money the Amaros family to travel from Sunrise, Florida to California to see Melanie perform (and win!) in the final show.

After winning the $5-million prize, Melanie already began thinking about what she plans to do with the money.She told People that she plans to get a foot massage, a house for her mom, and a lifetime supply of chicken!Amaro talked about the Florida home her family currently lives in, saying, "It sucks."The chicken? It's her favorite food! "I can't live without it.""Life will change a lot," she said. "The most I ever had before was $200, if I was lucky."