Four days after making their giant engagement announcement, Britney Spears and Jason Trawick are reportedly planning a summer wedding, even though Spears is still under conservatorship, which means she can't get married. 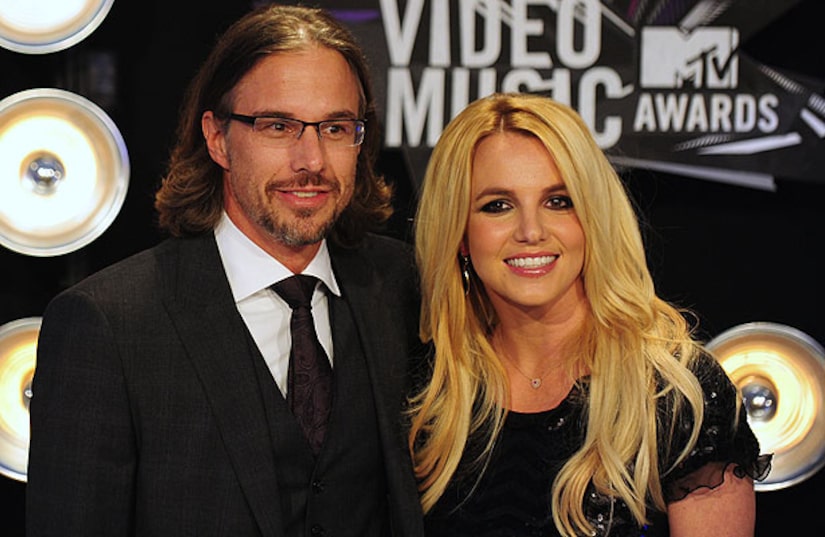 The couple, who celebrated their engagement at Planet Hollywood in Las Vegas over the weekend, reportedly could get hitched in a destination wedding to Mexico -- one of their favorite getaways -- that is, if legal obstacles are removed.

The pop star happily showed off her $90K, 3-carat platinum Neil Lane engagement rock at the Las Vegas bash -- which doubled as Jason's 40th birthday party. Spears and agent-turned-fiance Trawick have known each other since 2006, and started dating in 2009.

Before Brit ties the knot, her conservatorship would have to be terminated, according to California attorney David E. Wohl. He explained to FOX News, "For a legal marriage to take place in California, a person must have the ability to make legally binding decisions. Because Britney is under a conservatorship, for all intents and purposes she cannot get married. The conservatorship would have to be set aside before she can legally tie the knot." He added, "As far as the law is concerned, Britney is a child."

In order for it to be set aside, Spears would have to present a psychologist's report to the court, indicating she is capable of functioning as a responsible adult.

The songstress had a very public meltdown in 2008, and since then has been under the conservatorship of her father, Jamie Spears, and attorney Andrew Wallet, who control almost every aspect of her personal and professional life.

Spears' conservatorship will be reviewed in January.