"Extra's" Jerry Penacoli sat down with Julia Roberts to talk about her upcoming role as the Evil Queen in the Snow White adaptation "Mirror Mirror" -- and how she almost turned it down!

"I was like, this is a terrible idea," admitted Roberts. "I was against it a thousand percent." But her mind was changed when she met director Tarsem Singh, who recently helmed "Immortals." Julia explained, "I'm such a fan of Tarsem and fell so under his spell! It was pretty fun."

The Oscar-winning actress also felt bad for being so "awful" to her co-star Lily Collins, who plays Snow White. "I was terrible," said Roberts, who joked, "I think I might've slapped her once for no reason! Just because she's pretty!" 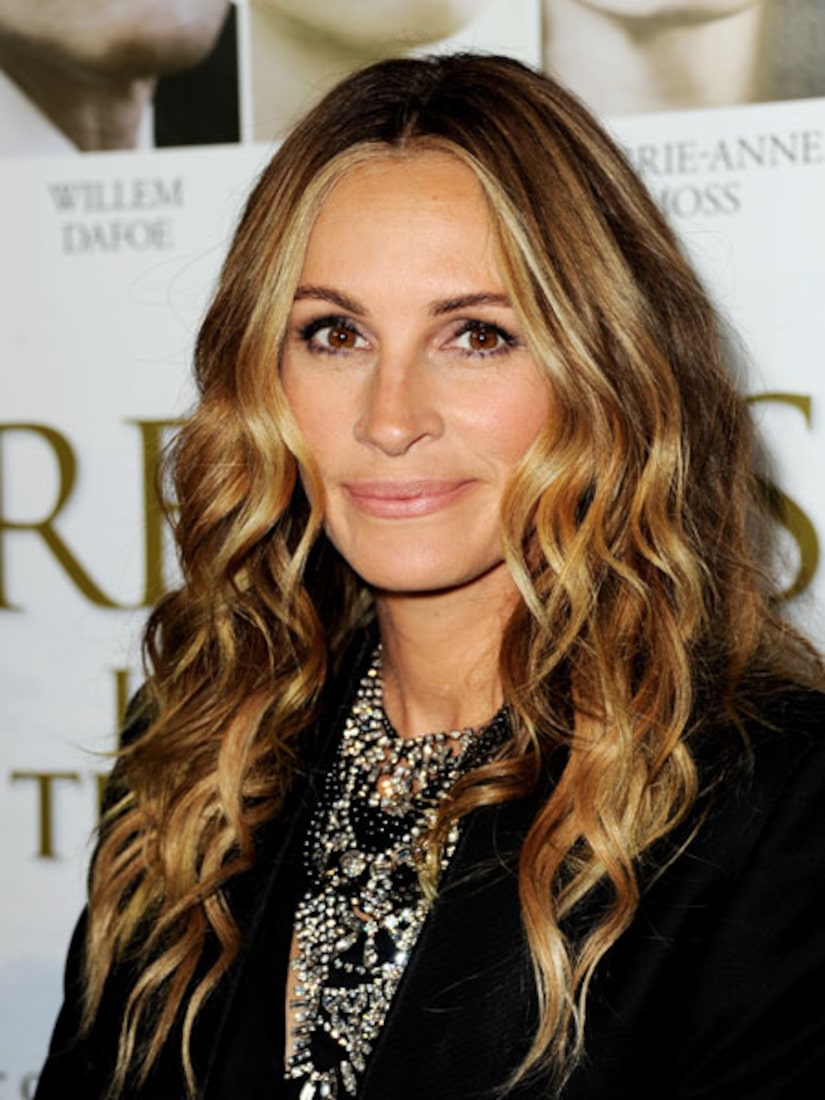 Will Julia take her kids -- twins Hazel and Finn, 7, and Henry, 4 -- to see the film? "They're too little for it and I think it would be disturbing."