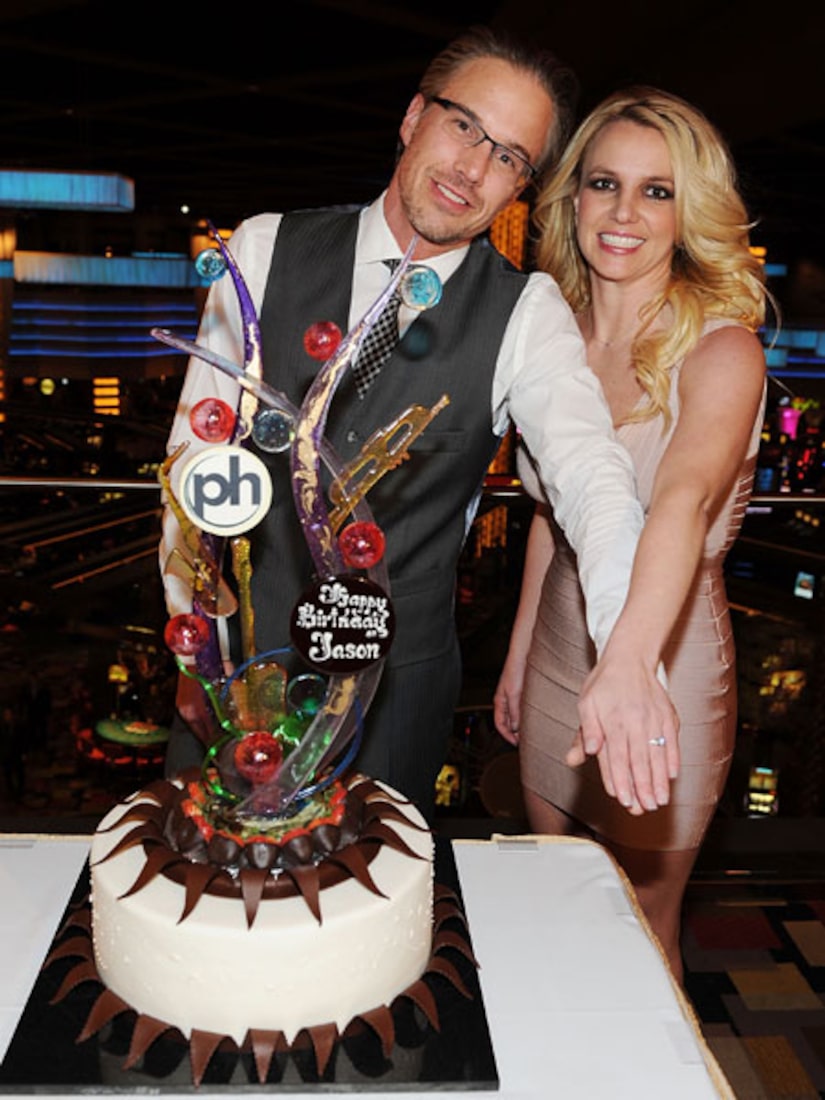 After getting engaged, Spears tweeted, "Still glowing! About to jump on a plane to Planet Hollywood in Vegas. Throwing a Bday Party for Jason at Chateau Night Club. So fun. Xxoo."

The couple were snapped kissing and showing off Brit's new bling, and looked very happy. 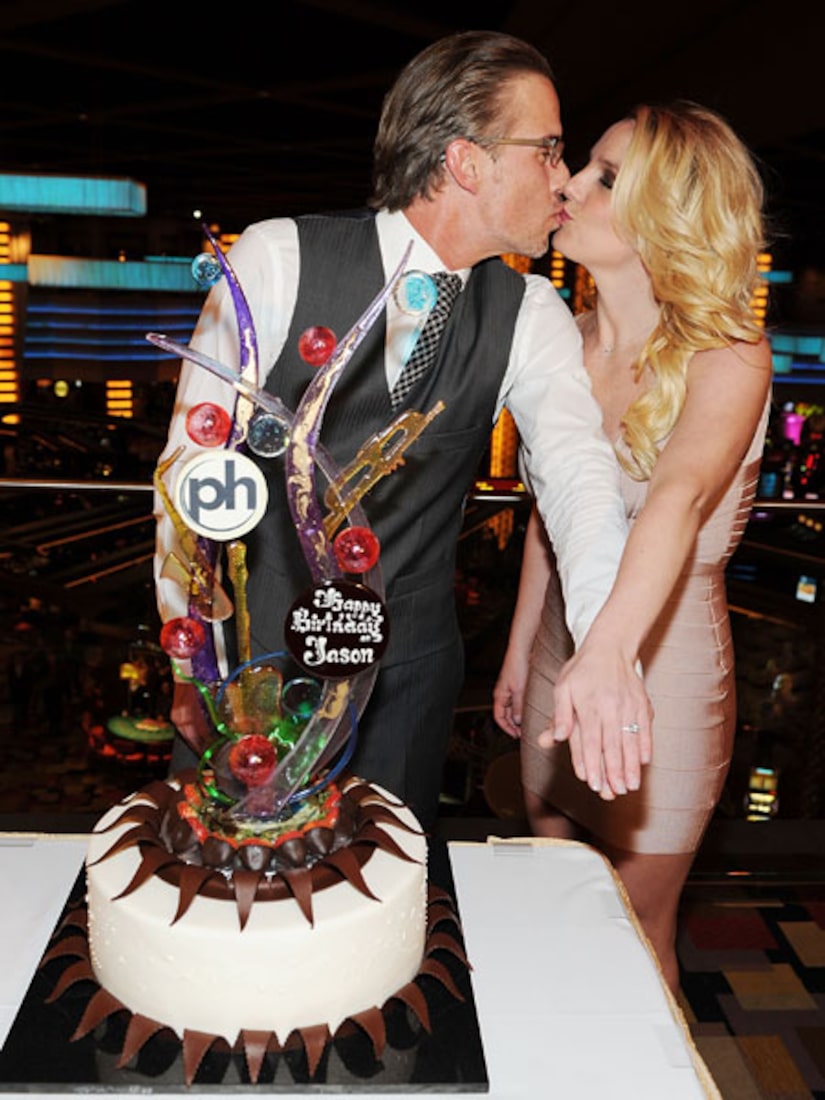 The pop star and her man dined with 30 of their closest friends and family members, munching on pizza, salmon and tons of delicious desserts.

After the wonderful evening, the pop star tweeted, "Tonight was one of the most magical nights of my life," the bride-to-be tweeted early Saturday morning. "Such an amazing time with my new fiancé and our closest friends and family. #Blessed."