"The Girl with the Dragon Tattoo" star Rooney Mara was recently nominated for a Golden Globe as Best Actress, and told "Extra," "We just had three premieres in three days in three countries, so I was really tired, and I completely forgot that was happening, and it was a nice surprise." 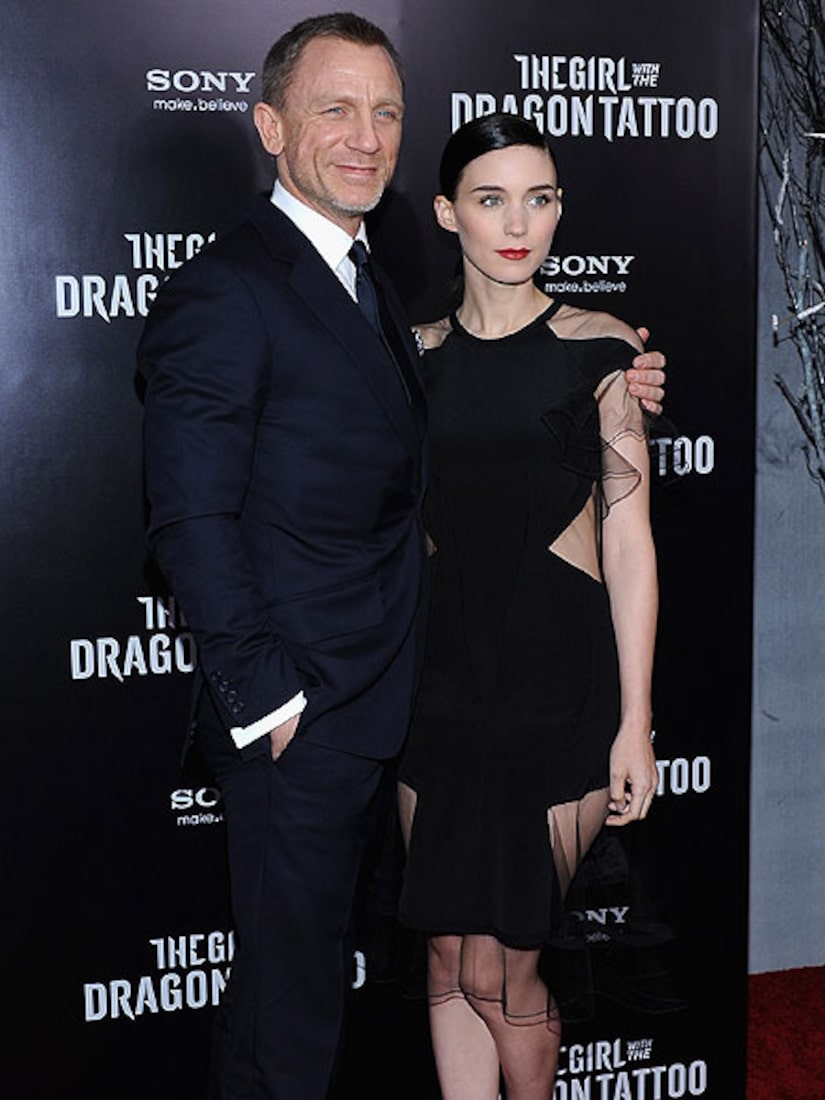 The 26-year-old said she wasn't afraid to get naked for the role, saying, "I wasn't scared for the nudity. I'm naked in so much of the film."

Co-star Daniel Craig expressed his interest in the story, revealing, "I read the book like seven years ago. I loved it and enjoyed it and thought it would make a great movie."

Craig, who is busy taking on the role of James Bond in "Skyfall," said, "[We are] six weeks into shooting, which means we've just scratched the surface, because it goes 'til May."

He proudly added, "It's looking superb already, it's going to look amazing by the time we're finished."

What's in a Name?

Photo: Rapace (left), Mara (right)Rapace's performance in "The Girl with the Dragon Tattoo" was well received, and earned her international stardom.Mara's big break came in 2010 when she was cast as the lead in the remake of "A Nightmare on Elm Street."

Photo: Rapace (left), Mara (right)Noomi on a pet peeve:"I hate when you see a film and after one scene you know what's going to happen and you can predict the whole story. I hate that. I think it's very boring."Mara on the poster for "Dragon Tattoo":"There's a certain way people are used to seeing nude women, and that's in a submissive, coy pose, not looking at the camera. And in this poster, I'm looking dead into the camera with no expression on my face. I think it freaks a lot of people out."

Photo: Mara (left), Rapace (right)Both Rooney and Noomi had real piercings for their role as Lisbeth, but Noomi used the holes of her old piercings from her days as a young punk rocker, while Rooney reportedly received multiple ear, eyebrow and nipple piercings in Brooklyn and Sweden.