Dressed in a plunging, black Alexander McQueen suit, Sandra Bullock was asked about good friend George Clooney's recent Golden Globe nominations for "The Descendants," and the actress joked, "I don't care about George! This is my night!"

Bullock continued the wisecracking with, "Does he not have enough? He's got a gorgeous girlfriend, he's got a thriving career, he's doing okay financially... so, he gets a couple of nods. Does that make him more of a man? No. Does it make me less of a woman? Well..."

A stunning Sandra walked the red carpet at the premiere of "Extremely Loud and Incredibly Close" in NYC, alongside Tom Hanks and Thomas Horn on Thursday. 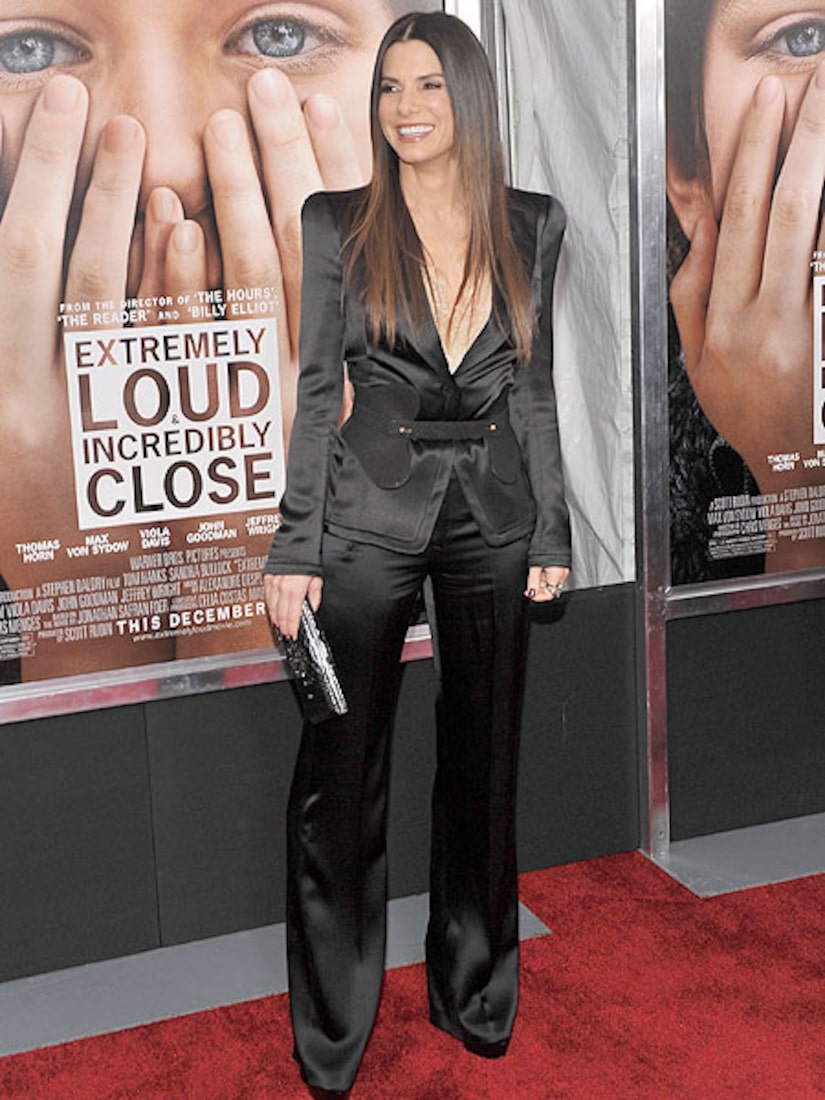 Take a Look Back at Sandra's Most Memorable Looks!

In the film, Sandra takes on the role a grieving widow of Thomas Schell (played by Hanks), who dies in the World Trade Center on 9/11. Praising her co-star, Sandra said working with Hanks "was everything you hope it's going to be, based on his reputation -- and he far exceeds his glorious reputation."