"The Dark Knight Rises" star Christian Bale was assaulted by guards at a checkpoint in China on Thursday. Bale was attacked after trying to pass a checkpoint with a CNN camera crew in order to visit a blind lawyer and activist who had been illegally confined to his home in eastern Shandong Province.

The encounter was captured by the CNN cameras after the group drove eight hours from Beijing to Dongshigu village. The video shows Bale asking to see Chen, with a CNN producer acting as translator.

The guard promptly turned them away, and when the actor questioned why they could not pass, the guards became violent, and tried to punch Christian and grab his video camera.

Bale repeatedly asked, "Why can't I visit this free man?" The men responded to his questions, shouting, "Go away!" Even after departing the checkpoint, the group was followed for 40 minutes by men in a gray van.

The lawyer, Chen Guangcheng, is a civil rights activist who drew international attention to human rights issues within rural areas of China. After many run-ins with the government, he was sentenced to four years in prison and was released in 2010, but remains under house arrest. 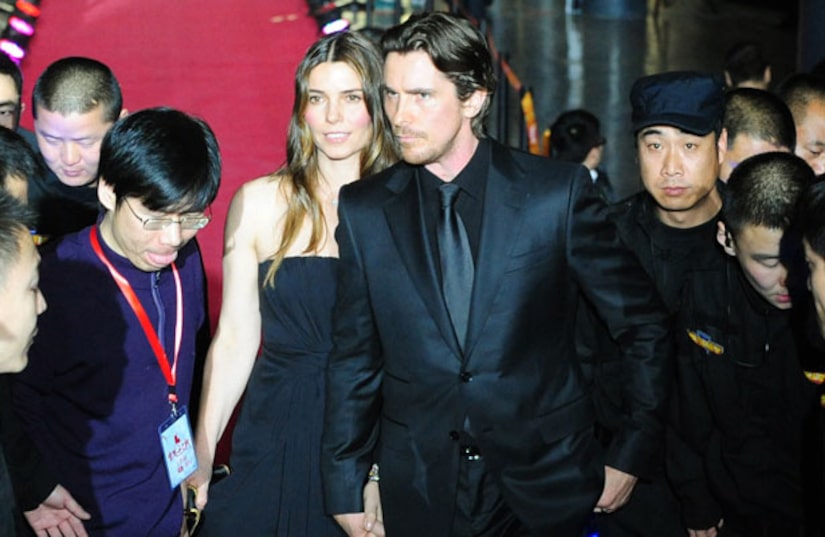 Bale was in China promoting his Chinese film, "The Flowers of War," which premiered last Sunday. The film, directed by Zhang Yimou, was one of the most expensive Chinese-made movies, costing $94 million. The story, which depicts Japanese atrocities during the 1937 occupation of Nanjing, is China's foreign film submission for the Academy Awards.

The government has yet to respond to Christian's tussle, although it was largely blocked from the Internet on Friday.