Sources confirmed to "Extra" that Trawick popped the question Thursday night at his 40th birthday party, and they plan to celebrate their engagement Friday night at Planet Hollywood in Las Vegas. 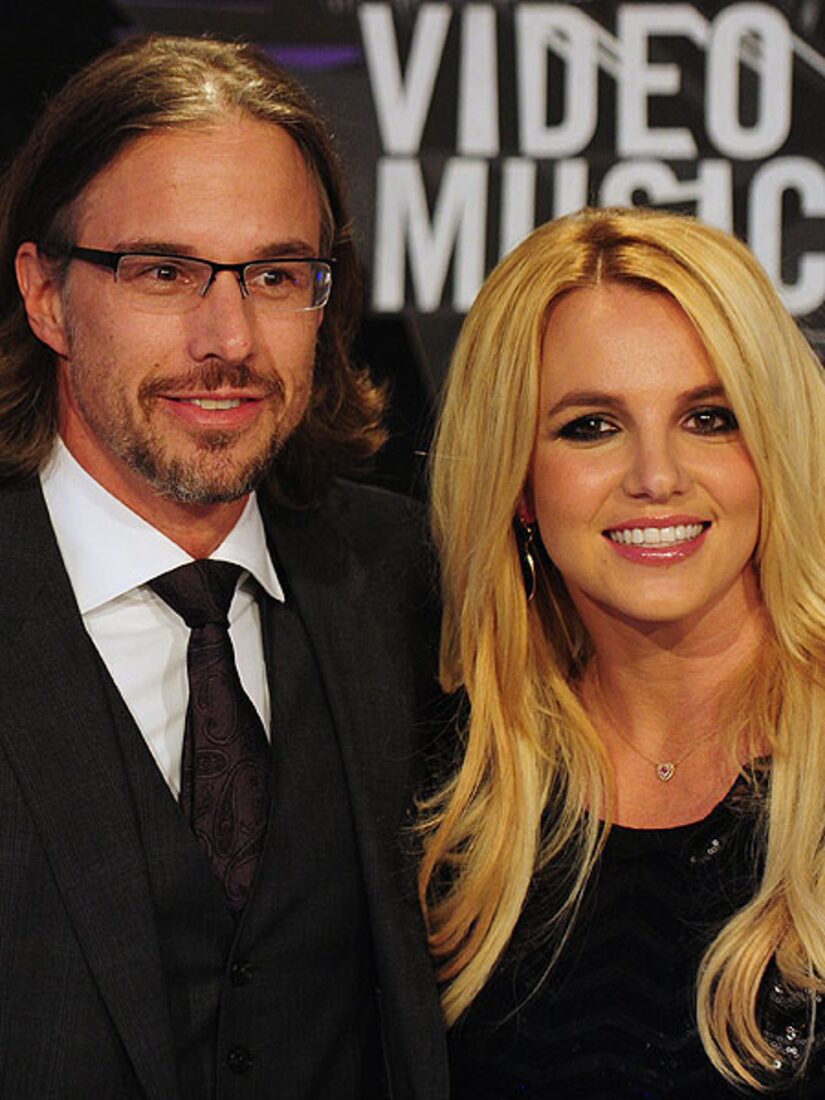 Spears, 30, hinted at the big news on her Twitter and Facebook accounts Friday morning, writing: "OMG. Last night Jason surprised me with the one gift I've been waiting for. Can't wait to show you! SO SO SO excited!!!! Xxo"

According to a UsWeekly source, Trawick gave Spears a ring that features a round stone over 3 carats and pave diamonds on the band.

The duo first met in 2006 when Trawick, 33, represented the singer through the William Morris Endeavor Entertainment agency.

Following her late 2006 divorce from Kevin Federline -- with whom she has two sons; Sean Preston, 6, and Jayden, 5 -- and her personal struggles in 2007 and 2008, Trawick became a close friend, supporting Britney through her many travails.

By 2009, Spears was ready to take their friendship to the next level. "Britney has liked Jason for a long time," a source told UsWeekly. "The fact that they were great friends gave them a foundation for a solid relationship."

UPDATE: Britney will arrive to Las Vegas Friday via private jet, and her first stop will be Planet Hollywood Resort and Casino, where Planet Hollywood chairman Robert Earl will host a toast congratulating the couple on their engagement and to start the weekend celebration.

Jason has flown in a handful of his closest friends to enjoy the night and to see the ring for the first time. After the toast, the group will head to Sugar Factory for dinner with family, then to the night club Chateau. The soon-to-be-wed couple will end their evening in a luxury suite at the Planet Hollywood Resort and Casino.