It's been a busy week for Lindsay Lohan.

The 25-year-old was featured on the cover of Playboy, flew to Hawaii (where $10K was stolen from her purse), blew off a scheduled appearance on "The Ellen DeGeneres Show," and managed to squeeze in a Jay-Z/Kanye West concert after arriving to LAX on Tuesday night. 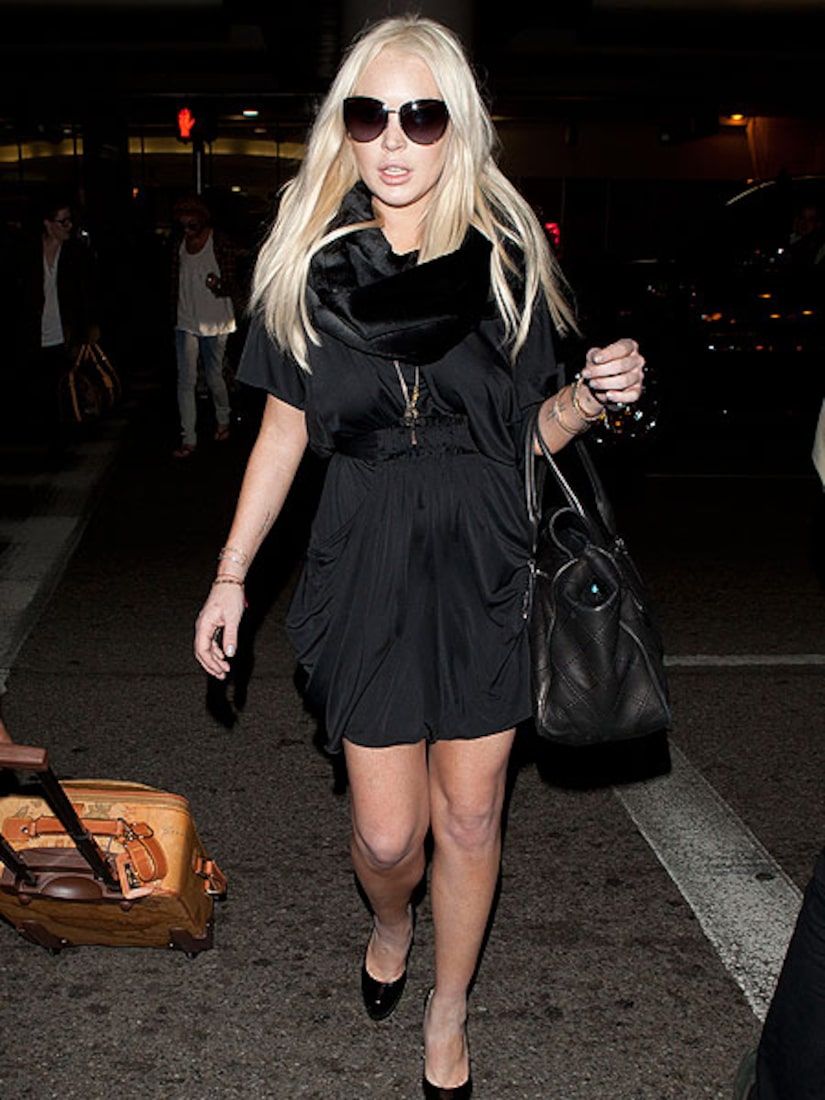 Lohan made her way to Staples Center in downtown L.A. with younger sister Ali, where they hung out until about 1:00 AM.

Lindsay was due back in court for a hearing Wednesday morning on a probation update. The judge is requiring the actress to report on her progress on a monthly basis, and it appears Lindsay has been successful in meeting the goals of Wednesday's hearing, according to MSNBC.

Lohan spokesperson Steve Honig said Lindsay has been "working diligently to keep up her days so she can finish up with probation."

Lindsay Lohan headed back to court on a possible probation violation — and was let go on a technicality.In her most conservative outfit yet, Lohan has chosen black slacks with a blue button up blouse accessorized with a Chanel handbag.