Host Barbara Walters chatted with "The View" ladies Wednesday about her "The 10 Most Fascinating People of 2011" list - including the Kardashian women.

Walters said she didn't think Kim exactly lied about her troubled marriage to Kris Humphries when the reality star said "Married life is good" -- it was just bad timing. 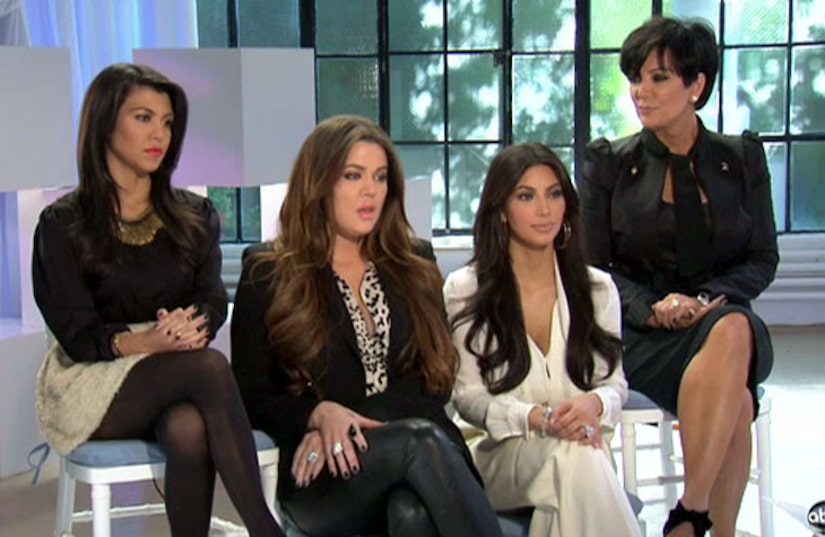 Barbara explained, "It's not that she lied, that was the first interview that we did. We did it in October," three weeks before Kim filed for divorce on October 31.

Then Kourtney announced she was pregnant with her second child and the news broke that Khloe and her husband Lamar Odom were moving to Dallas. Walters said, "When we said to them, 'Is anything going to happen between now and the time we are airing?' They told me, 'No, you're safe, nothing!'" Barbara joked, "You cannot trust the Kardashians!"

The veteran interviewer also made an appearance on David Letterman Tuesday night, in which the late-night host poked fun at Walters' choices.

Watch a sneak peek of Walters' interview with the Kardashians (airing Wednesday at 9:30 PM on ABC), in which Khloe admitted she is "called an ogre" compared to her sisters!