"The Girl with the Dragon Tattoo" star Rooney Mara covers the latest issue of Allure, and tells the magazine she "never thought twice" about stripping down for the role, saying, "Nudity is such a huge part of the character in the book, so there was no time for hesitation. I didn't have time to second-guess anything or be scared; I just showed up and was comfortable." 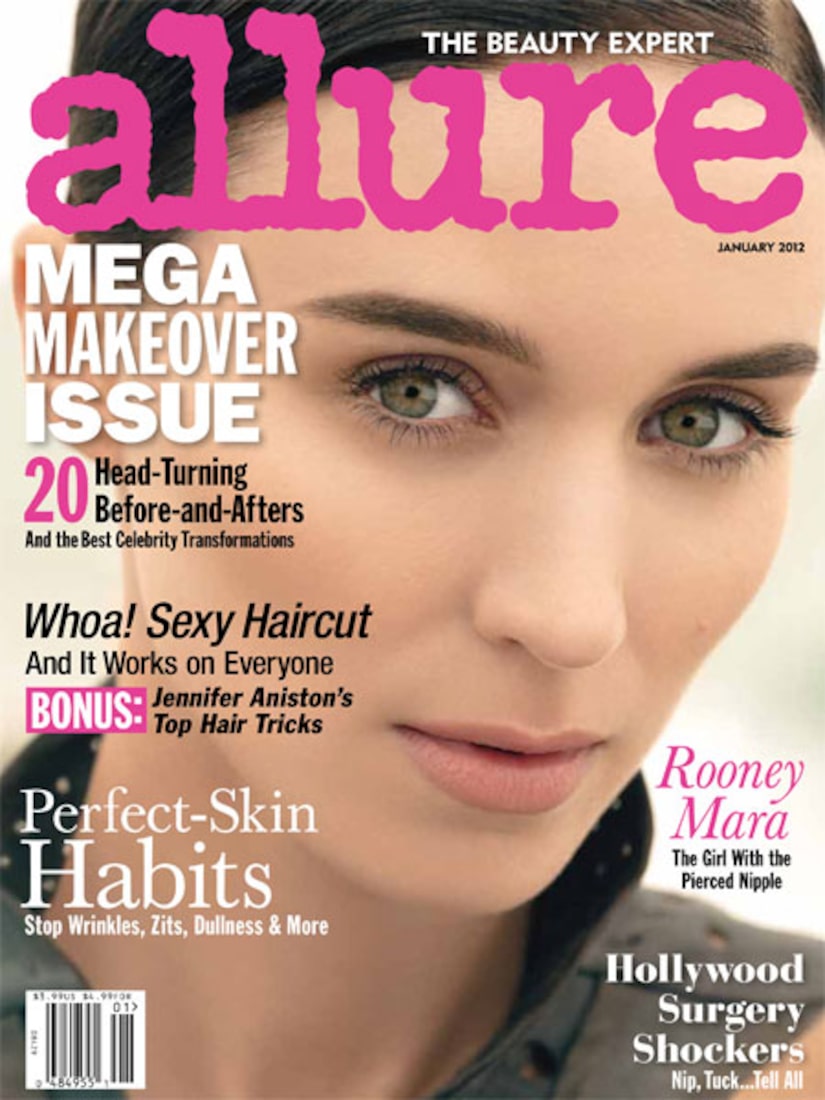 Here are a few highlights from Mara's interview:

On her sister, the actress Kate Mara:
"We're so different that there's never been competitiveness between us in work. She is probably much more likable than I am. She's really outgoing and fun. I'm definitely more of the odd sister."

On having her nipple pierced for the role:
"I'm naked quite a lot in the movie, and I thought, she has it in the book, and she should have it [in the movie]. Because of all the tattoos and the makeup and the piercings, and the physical transformations my body has to go through, it would always feel sort of like I was in costume, even if I was naked. It just felt like a good one to get -- a necessary one to get."