Sensually posing on the cover of Playboy, a platinum blonde Lindsay Lohan tells the magazine, "Sex and sexuality are a part of nature, and I go along with nature." 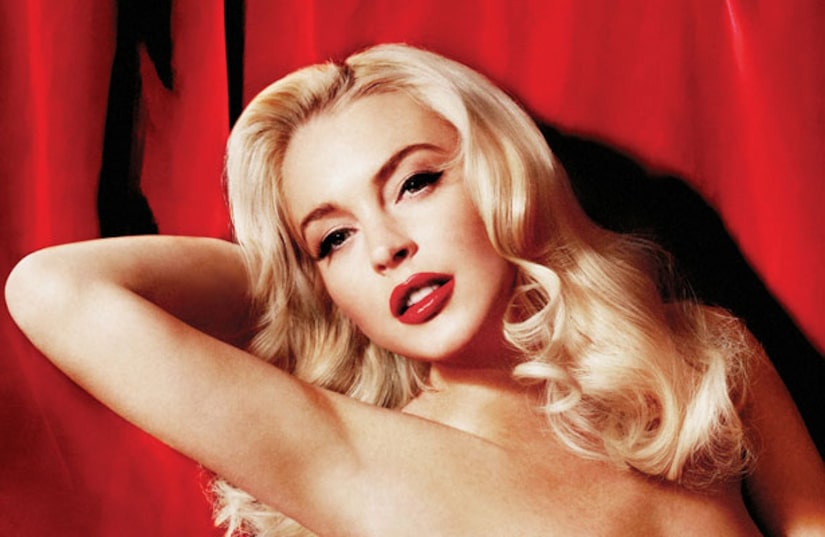 The 25-year-old, who recently had $10,000 in cash stolen in Hawaii, reportedly profited a cool million from the skin-baring photo shoot.

Lohan's mom, Dina, told "Extra's" Mario Lopez, "Lindsay is very happy with the photos. They trusted Hef with the pictures [and] shot five different covers. Hef chose the one that you see. He was there during the photo shoot and was very involved in the process."

Dina said her daughter was approached in the past to be on Playboy, but didn't feel the time was right until now. "She's 25, she feels she is a woman."

Gazing seductively into the lens, Lindsay was dolled up with pouty red lips and a wavy hairdo, paying homage to the late Marilyn Monroe's first Playboy edition spread. Hugh Hefner tweeted that the tribute to Monroe was his idea, writing, "Because I thought it would make it truly memorable."

Lohan has been fulfilling her community service hours at the L.A. County Morgue, and Dina revealed, "She wanted to overcompensate and do more hours than needed. The people at the morgue have been great to her."

Miss Lohan is due back in court on Wednesday.