Bombshell Scarlett Johansson opened up about her two-year marriage to Ryan Reynolds, saying she has "no regrets," and when asked if she would ever consider walking down the aisle again, the 27-year-old smiled, "That's a deep question that I think probably requires a check for $250, and a couch... lying down."

She added, "But I don't believe in having any regrets. It's a waste of time to regret anything. I own all of my decisions, and I've led a very charmed life up until this point." 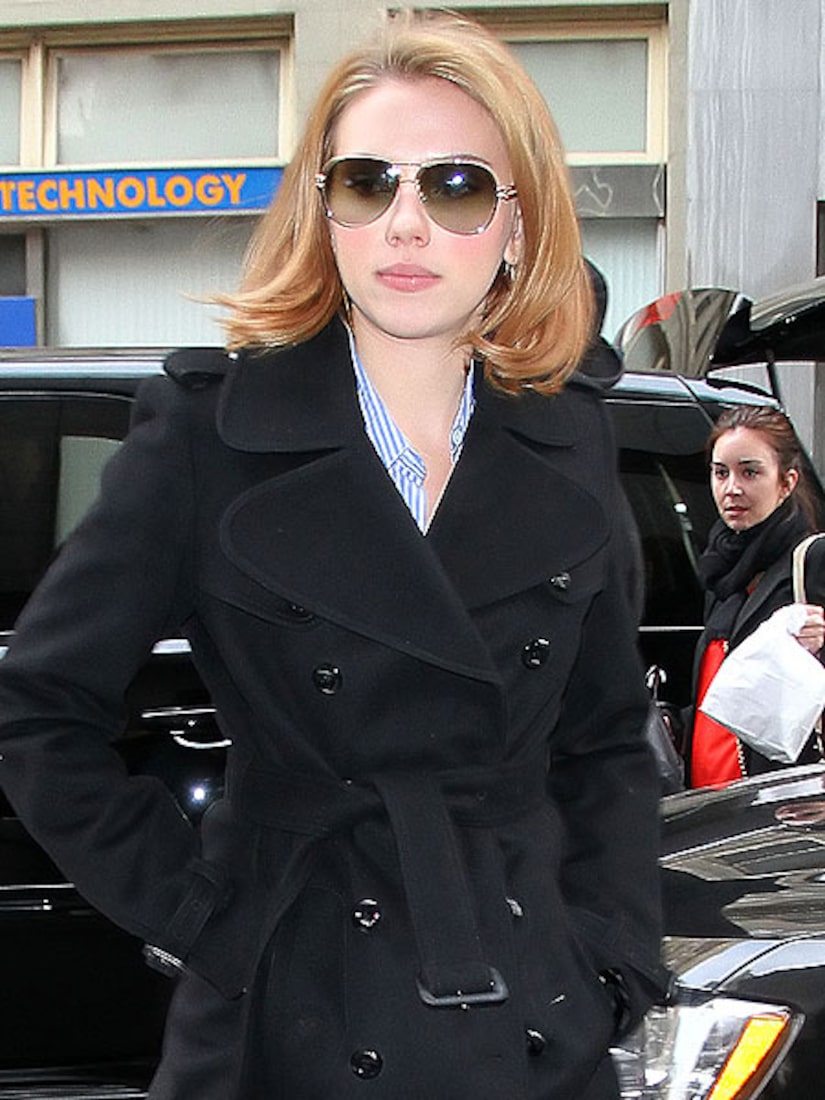 In her new family flick with Matt Damon, glamour goddess Johansson said she loved the fact that she was able to go barefaced for her role as Kelly Foster in Cameron Crowe's "We Bought a Zoo."

"Extra" special correspondent Taryn Winter Brill commented on how "little makeup" the actress had on during the movie, and Scarlett replied, "I think that was the actual deciding factor! How long do I have to be in hair and makeup for? Okay, done!"

ScarJo's bald co-star, Matt Damon, who mentioned he's "excited to get my hair back," after he shaved it for the upcoming sci-fi drama "Elysium," said he thought Johansson was "the perfect choice" for the animal movie.

Be a part of the wildlife renovation with Scarlett and Matt, in "We Bought a Zoo," beginning Dec. 23.