Director/writer Angelina Jolie stepped on the red carpet for the L.A. premiere of "In the Land of Blood and Honey" with two important men in her life; dad Jon Voight and, of course, Brad Pitt. 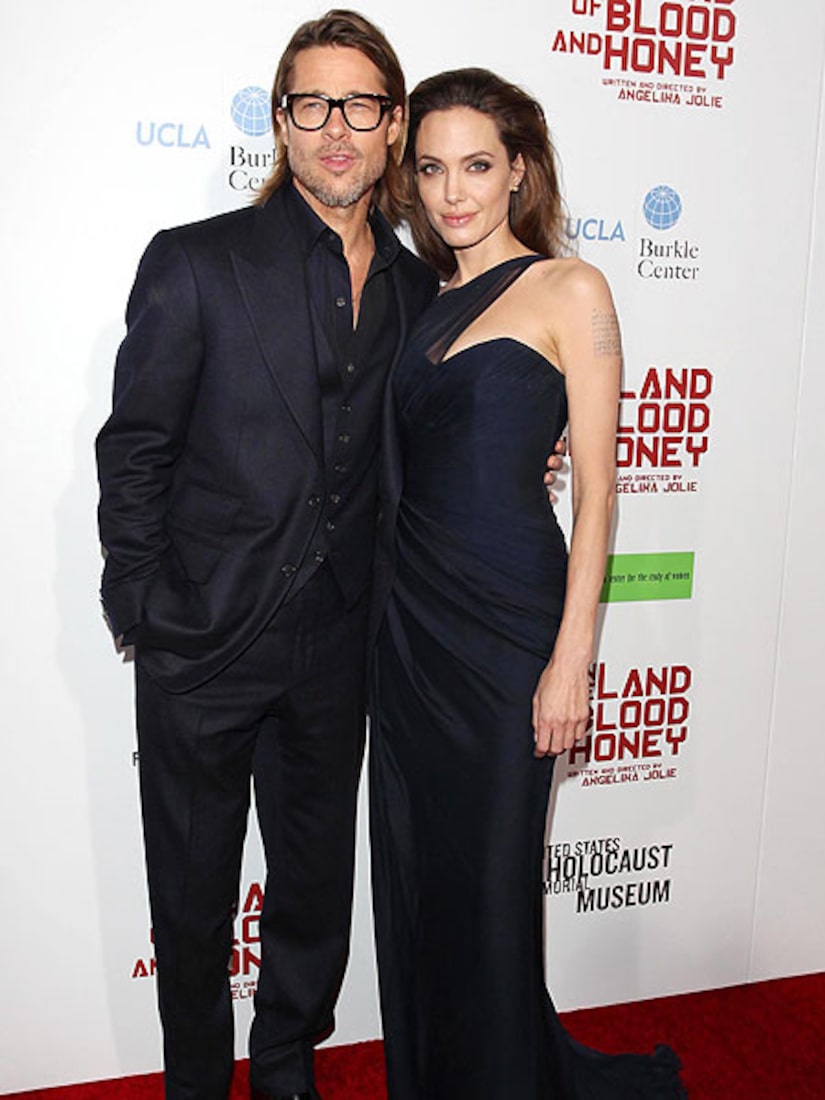 Brad spoke exclusively to "Extra's" Jerry Penacoli, revealing he would love for Jolie to direct him in a film, saying he'd work with her "in a second!"

When Jerry revealed this to Jolie, the beautiful first-time director gushed, "Well, you know, I'd be extremely lucky to. He's one of my favorite actors! He's so extraordinary, so I'd be lucky, but still shy. I'd be shy to give him direction," adding, "We'll talk about it tonight."

Brad, looking extra cool in his black-framed glasses, seemed to enjoy the attention Jolie was receiving, and beamed, "I am very proud." The actor gave some insight on reading the "Blood and Honey" script in its early stages, explaining it was a nice way to return the favor to Jolie. "Well, I always try my stuff out on her. It's one of the joys of being with someone who does what you do."

Angie Is Excited for Her NYC Screening Hosted by Marie Claire

Jolie told Penacoli, "I still can't get my head around that this... could be a career for me. I have been working on something dealing with Afghanistan and it's hidden in my room, so maybe I'll have the guts to show it to somebody soon." Jerry chimed in, "Brad!" and Jolie smiled, "He will always be the first person to read everything I write."