Country star Mindy McCready broke her silence on "Good Morning America" today after being accused of abducting her 5-year-old son, Zander. McCready said she took Zander away because he "is in great danger, both physically and emotionally" with his legal guardian -- Mindy's mother, Gayle Inge. 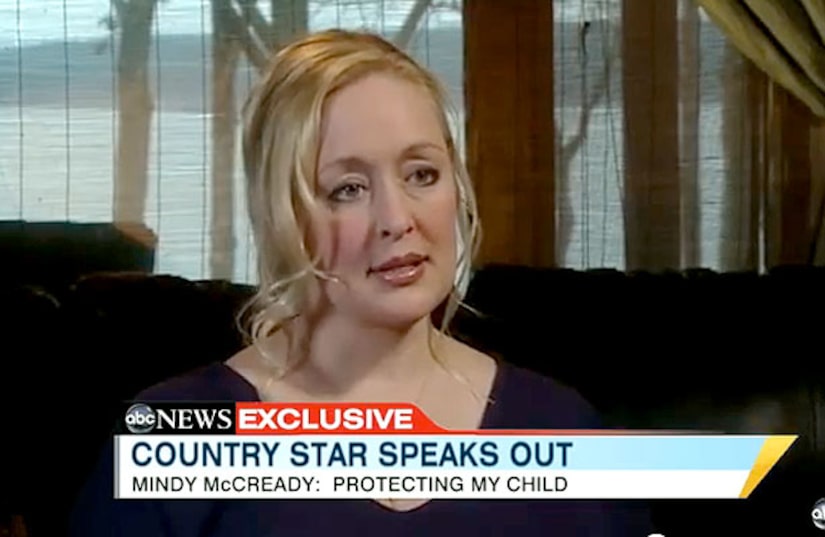 Mindy continued, "What I did was to protect my child and there is not a person in the world that is ever gonna tell me that is wrong."

The singer said Zander was terrified after U.S. Marshals stormed the abandoned house they were hiding in, and took the child away. The mother and son were found hiding in the closet. She recalled her son's words, saying, "'Please leave me alone, I want to be with my mommy!'"

McCready admits she took Zander across state lines to Arkansas, even though she lost custody of the boy in 2007 when she went to jail for battery (after a scuffle with her mother) and resisted arrest. She was sent to jail a second time the following year after violating her probation, and served two months.

The 36-year-old shot to superstardom when she was just 18, and has had a long battle with substance abuse. McCready appeared on "Celebrity Rehab with Dr. Drew" in 2009.

Now pregnant with twins, Mindy maintains her troubled past is behind her and wants Zander back. The child is currently with foster parents.