Teen idols and lovebirds Justin Bieber and Selena Gomez headed south of the border and were snapped soaking up the rays at a hotel in Mexico. 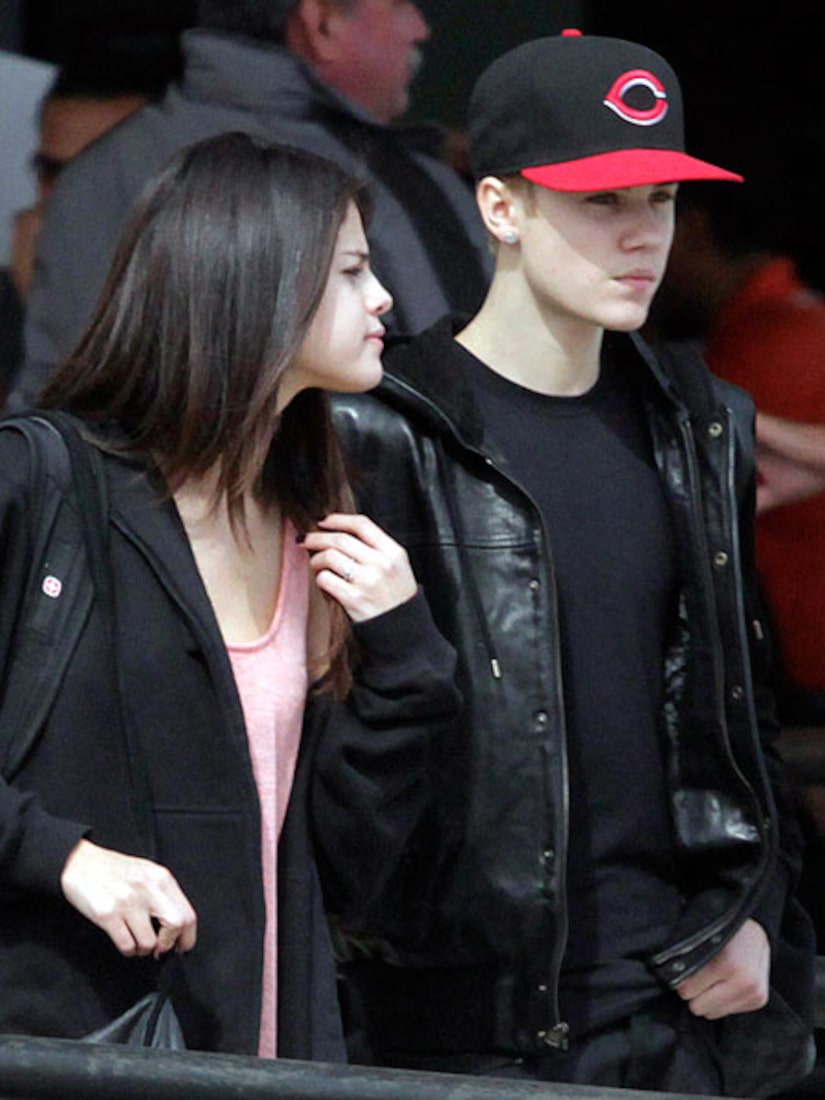 The teens were in Cabo San Lucas for a pal's private wedding -- even though rumors of their own engagement were sparked after Gomez was spotted wearing a ring on her engagement finger. A rep said the two are not engaged, and that Justin, 17, did not propose.

Lounging by the pool, Gomez, 19, showed off her svelte figure in a turquoise bikini, and the Biebs, who opted for a pair of cutoff jeans, seemed to approve of his girlfriend's swimsuit choice, as he happily took photos of her.

Meanwhile, Bieber's paternity case has taken another turn, as accuser Mariah Yeater's lawyers are requesting the pop sensation take yet another DNA test, with Yeater present, according to NY Daily News.

Yeater's lawyer said, "'I want a new DNA test with both sides together at a lab in California as soon as possible. Soon as I tell her to do it, she'll do it. We need proper protocol and a chain of custody."

Cameron Diaz has been spotted surfing the waves in Hawaii. Diaz and ex boyfriend Justin Timberlake visited the Aloha state in 2004.

Eva Longoria and Tony Parker visited pals Mickey and Minnie at the Disneyland Resort Paris before their July 2007 wedding.

The Massachusetts island is often called "Hollywood East." It's one of Oprah Winfrey's favorite hangouts and Sir Paul McCartney owns a home in the Vineyard.

Anne Heche and hubby James Tupper enjoy relaxing at their home in Vancouver with sons Homer and Atlas.

Paris Hilton enjoys escaping Los Angeles for a little and visiting the beaches on the French Riviera.

Ex couples Britney Spears and Kevin Federline as well as Jessica Simpson and Nick Lachey honeymooned on this breathtaking island in the South Pacific.

Beautiful Oscar winner Charlize Theron has relaxed on the French Polynesian island. Bora Bora is surrounded by a lagoon and a barrier reef.

Justin's spokesperson said, "Justin has taken the test. There is currently no case pending against him and there's been zero evidence supporting this claim."

Yeater, who gave birth to a son last July, said she and Justin were intimate backstage at his L.A. concert last year.