"Mission: Impossible - Ghost Protocol" co-star Paula Patton proved she can hold her own as a tough girl in the action film, and on the red carpet in Dubai. The knockout chose a floor-length, red hot gown, telling "Extra," "I'm a tomboy... I'm a girly-girl... it's fun."

Just like Tom Cruise, Patton, who performed all her own stunts, spoke about the rigorous training on the set of "M:I," saying, "We did two-and-a-half hours of physical training. It was grueling!" 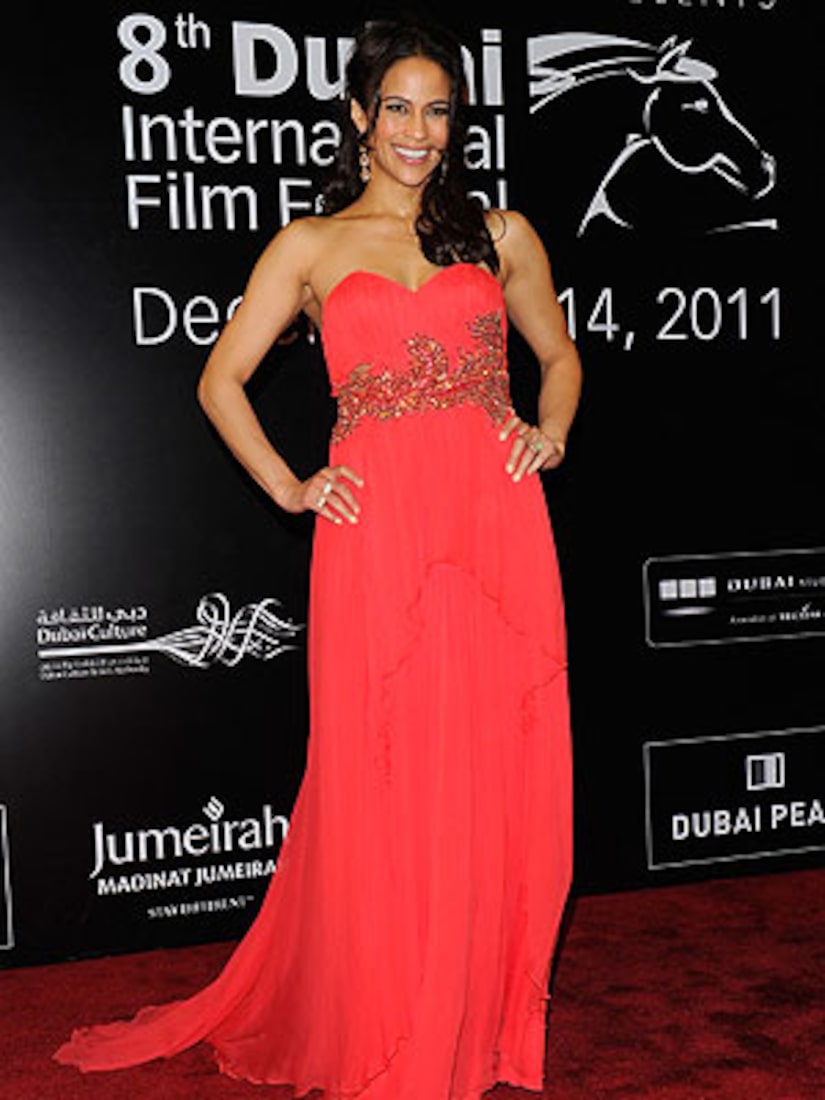 The new mom added, "I had the best time of my life! To have just had my baby... he was five months old when I got the role, and then to be in 'Mission: Impossible' is something that I never thought would happen."