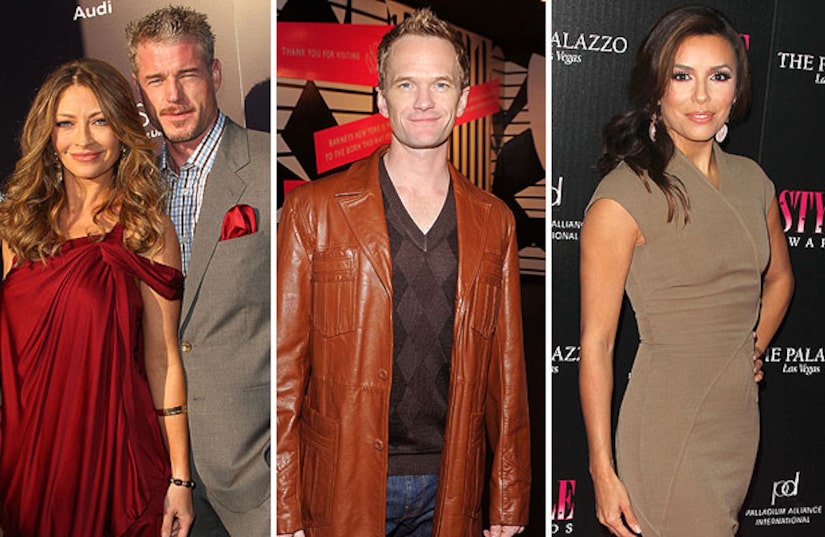 Lopez said he woke up to a huge mess in his backyard, with branches, old Spanish roof tiles and wood beams scattered throughout his property. He said, "I was building a tree house for my daughter." He added, however, he was grateful that his family and friends were safe, that was the most important thing; he could build another tree house.

Dr. Drew, whose neighborhood was one of the hardest hit, did not escape the wind wrath; a tree broke through a window in his home.

According to reports, Gayheart, pregnant with her and Dane's second child, was putting daughter Billie to bed when the large eucalyptus tree came crashing down on their Beverly Hills home shortly after 8:00 PM.

The L.A. Fire Dept. was called and the family made it safely out of the house.

"Harold and Kumar" co-star Neil Patrick Harris told Kelly Ripa on "Live" about a scary incident involving the gusty winds, recalling, "A few years back, the winds came through and knocked a giant branch of a tree almost onto our house... missed it and smashed through a whole fence."

Eva Longoria, who was on a plane headed to LAX, tweeted, "Almost got rerouted because of the wind!"

Forecasters are calling the Northeast winds, blowing at speeds of up to 100 mph, some of the worst in twenty years. The turbulent weather is expected to continue through Friday.