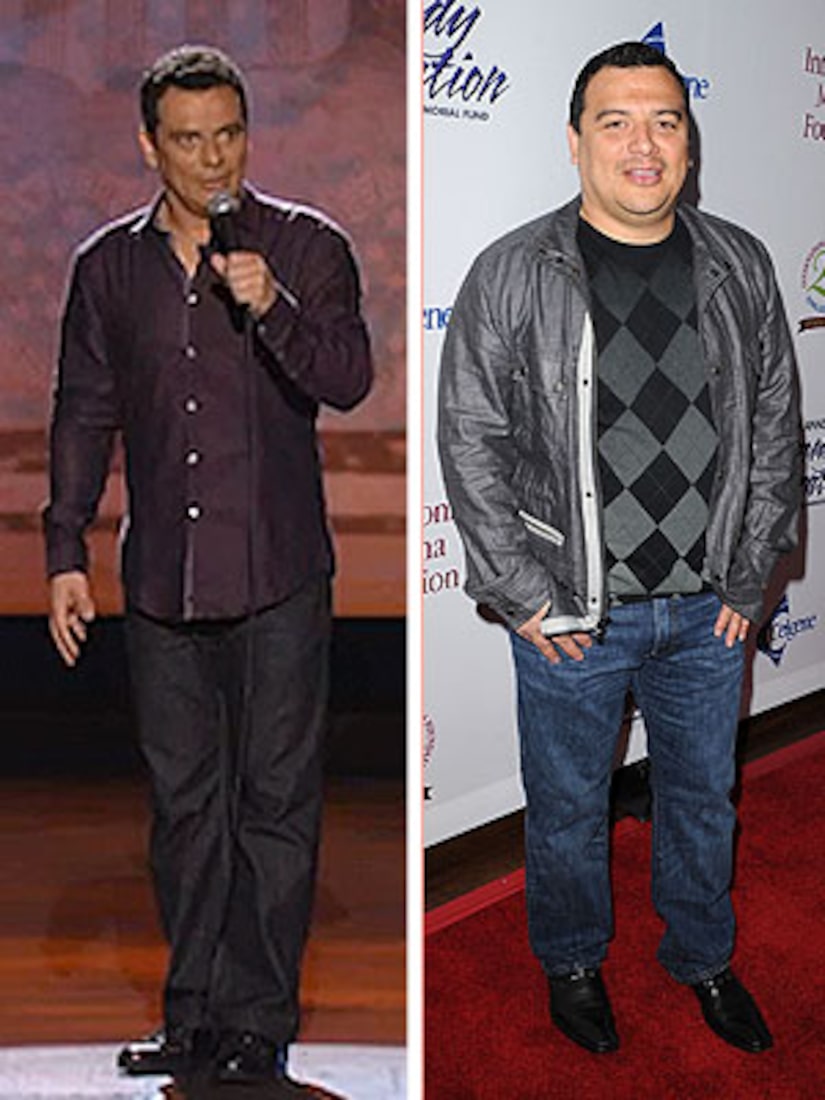 Mencia is making his television comeback on a Comedy Central special, "New Territory," which focuses on a period of reflection and self-discovery. "A lot of stuff in this new special is about why I am the way I am," Carlos explained.

The controversial funnyman revealed, "I started going to therapy, losing weight, being introspective."

Mencia told Mario where he gets his personality from, saying, "Part of the reason why I'm so blunt is 'cause my dad's blunt. My mom will say, 'Do I look fat in this dress?' My dad will say, 'You look fat in everything.'"

Carlos, who once grew up in the L.A. projects, said, "I'm not the angry dude I used to be. 'Cause you can't be angry in a Mercedes."

2. He managed to stay out of L.A. gangs while in his teens and graduated from Garfield High School.

3. Mencia majored in Electrical Engineering at Cal State L.A. but dropped out to pursue a career in comedy.

4. He has guest starred on shows like "Moesha" and "The Shield" before landing his own half-hour gig on "Mind of Mencia."