Rumors that singer/actress Marie Osmond went under the knife were sparked after she was snapped at the 80th Hollywood Christmas Parade on Sunday looking very taut, with fuller eyebrows and larger lips. 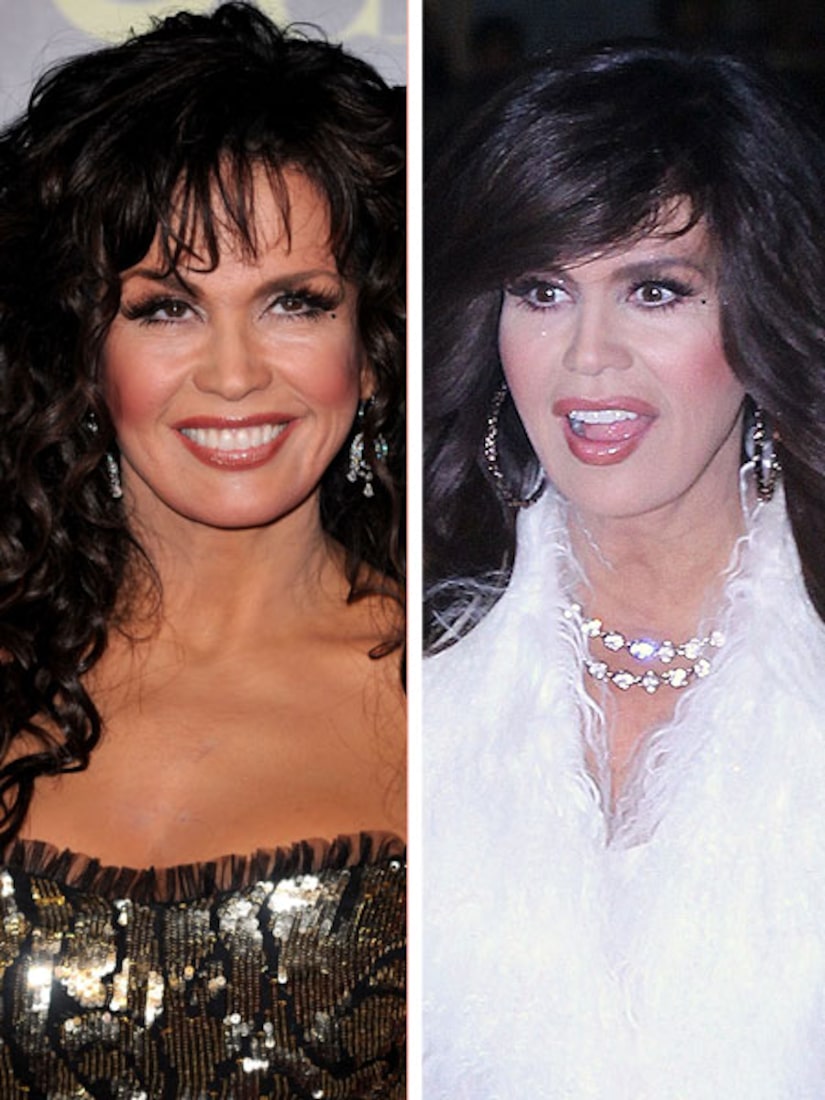 When asked to respond to the rumors, Osmond's camp said, "Not worth commenting on. Thanks."

RadarOnline reported that celebrity plastic surgeon Dr. Anthony Youn believes Osmond has gone under the knife, noting, "Her eyebrows are excessively arched, likely from Botox injections. Her lips resemble the classic 'trout pout' where the upper lip is excessively plumped in comparison to the lower lip."

The youthful 52-year-old appeared at the parade, supporting her charity, "Marine Toys for Tots."

What do you think?