TV talk show host Regis Philbin stopped by The Grove to speak with "Extra" host Maria Menounos in his first interview since retiring from his hit morning show with Kelly Ripa.

Who does Reege think should replace him? "Everybody asks me that. Listen to this -- George Clooney!" he laughed. But in all seriousness, Philbin added, "Neil Patrick Harris always does a great job -- but he's got an enormous hit. They've got to find someone who has the time right now to do that. Neil was great and he will probably pinch hit, I'm sure. They have to keep looking around until they find someone that really appeals to Kelly... and then they'll go for it." 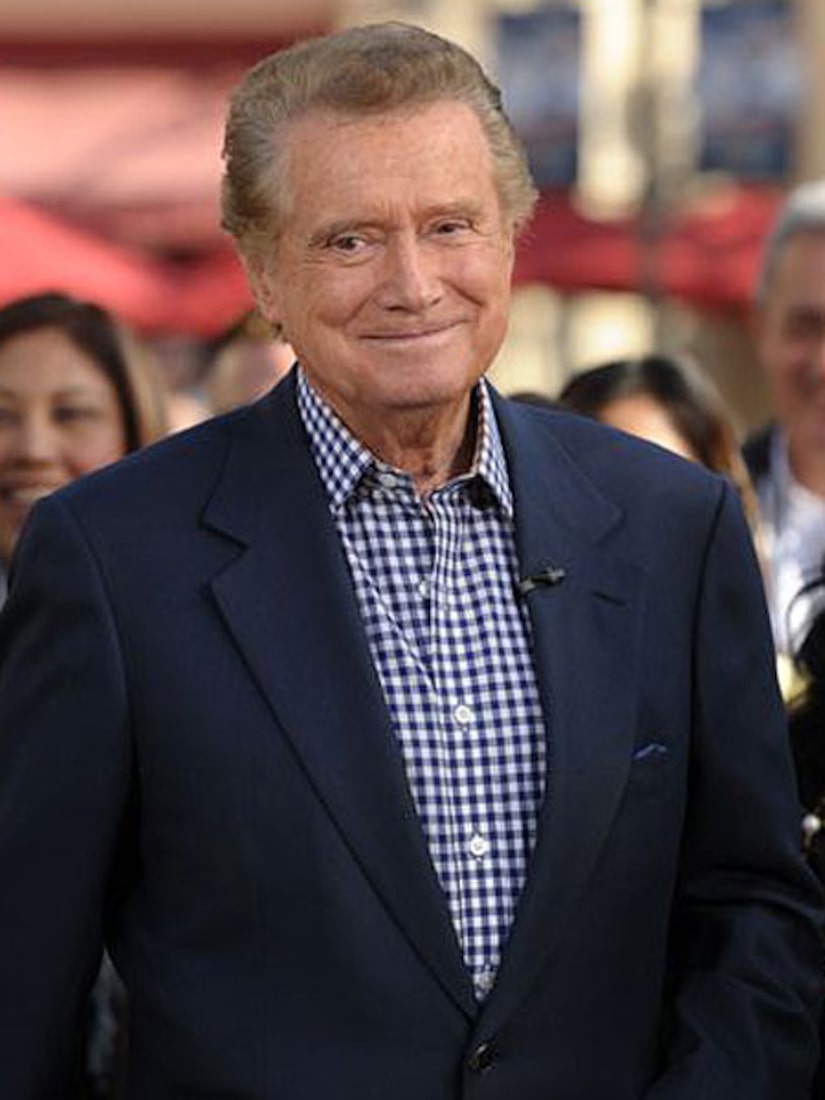 Menounos asked Regis what his Monday morning was like after his big farewell November 18. "I took a look at the show," laughed Philbin. "I love Jerry Seinfeld. I thought they looked great together, it was a good show."

But Regis would like to do something again on TV. "Somewhere down the line, I hope to get back to television," admitted Philbin. Maybe late night? He replied, "You got Letterman, you got Leno, you got Fallon. There's no room in late night for Regis."

Philbin also gave Maria the lowdown on why he decided to retire. "I said, 'Maybe it's time for me to take a little break.' People say, 'Did ABC try to...?' Yes, they offered me something, but it wasn't enough to make me stay."