Shortly after they were married in August, Kim Kardashian reportedly hired a private investigator to follow her new husband. The reality star suspected Kris Humphries was cheating on her, but besides some late night partying, the New Jersey Nets star came up clean. 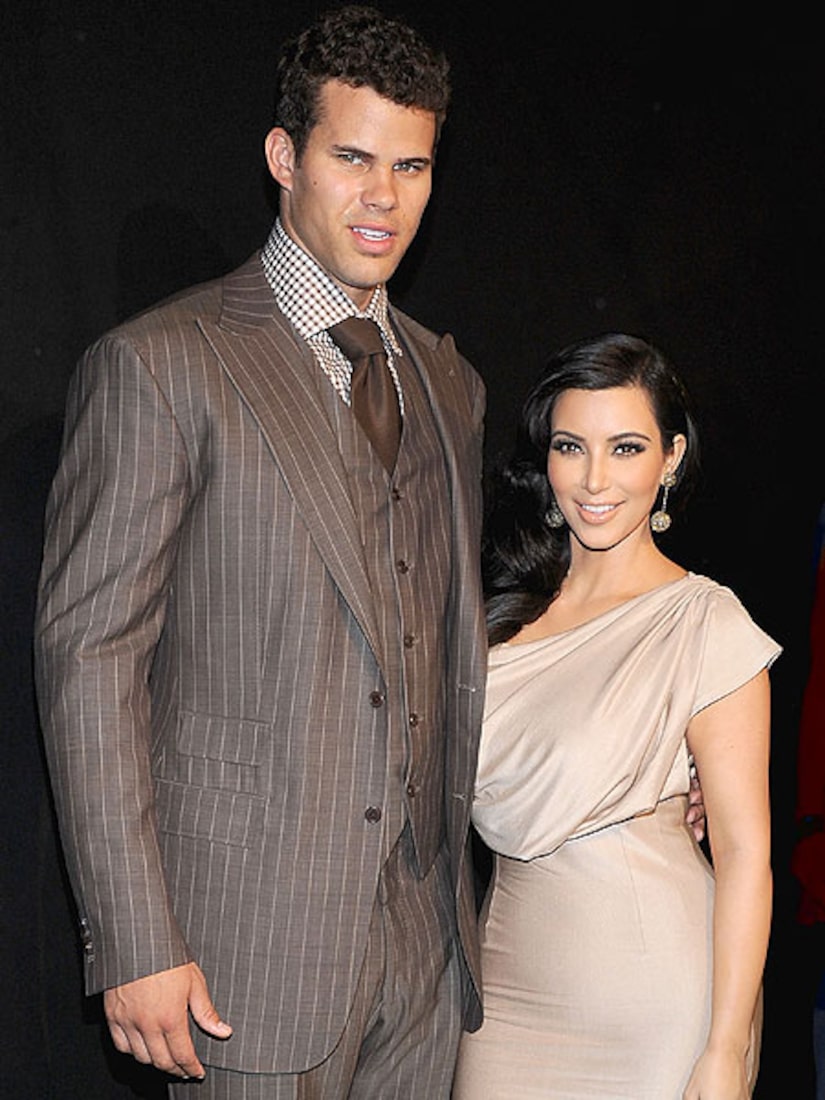 According to The National Enquirer, a source said, "Kim expected to hear Kris was fooling around with other women when she was working. With the right evidence, Kim thought she could gain the upper hand in the divorce."

The source continued, "At the same time, she wanted to make sure he couldn't touch any of their shared assets, including the millions they made from the wedding."

Kim filed for divorce two months after they walked down the aisle in a star-studded Montecito wedding, but their marriage was reportedly doomed from the start. Among other reasons, the two reportedly split after having spats about where they would eventually live, and according to recent reports, Kris was sometimes cruel to Kim, calling her "stupid," and "fat."

Since news of the split was announced on Halloween, Kardashian and her fairytale wedding has been a running joke among celebrities and the public. According to the NY Daily News, Kim is devastated and "thinks the world turned against her."

Meanwhile, her younger brother won second place Rob in "Dancing with the Stars" on Tuesday.