She will not be ignored. Mariah Yeater, who has claimed Justin Bieber is the father of her child, and her legal team are insisting the Biebs take another DNA test with one of her attorneys present. 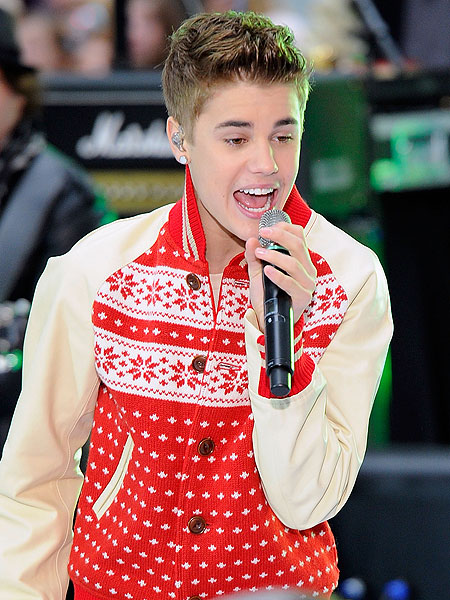 Bieber conducted a test last Friday, under "very controlled circumstances," TMZ reported. But now Yeater's attorney, Jeffrey Leving, told E! News that they are requesting the do-over to confirm that the sample is truly from the 17-year-old pop sensation. "We have been negotiating a DNA test," Leving said. "We just received communication from Justin Bieber's lawyer today concerning our discussions, which are private." Leving continued, "I wasn't aware Justin Bieber was allegedly taking a DNA test until I read about it. I don't know if it was even his DNA. Evidence has to be properly supervised to make sure it is not corrupted. What I am hoping is to get DNA testing done for everybody and to have it done in a supervised setting." Meanwhile, Bieber got into the holiday spirit on the "Today" show with his "Under the Mistletoe" duet partner, Usher. Watch!

And on "The Late Show" Wednesday, Bieber told David Letterman: "I think I could smell a weasel, too, a little bit. It's pretty crazy, people make up false accusations."