While reality TV star Kim Kardashian has endured a backlash after filing for divorce from Kris Humphries after 72 days of marriage, it is now being reported that Humphries was sometimes cruel to his soon-to-be ex.

"He belittled her in front of people," one insider told UsWeekly. "He'd call her stupid. It was truly sickening." 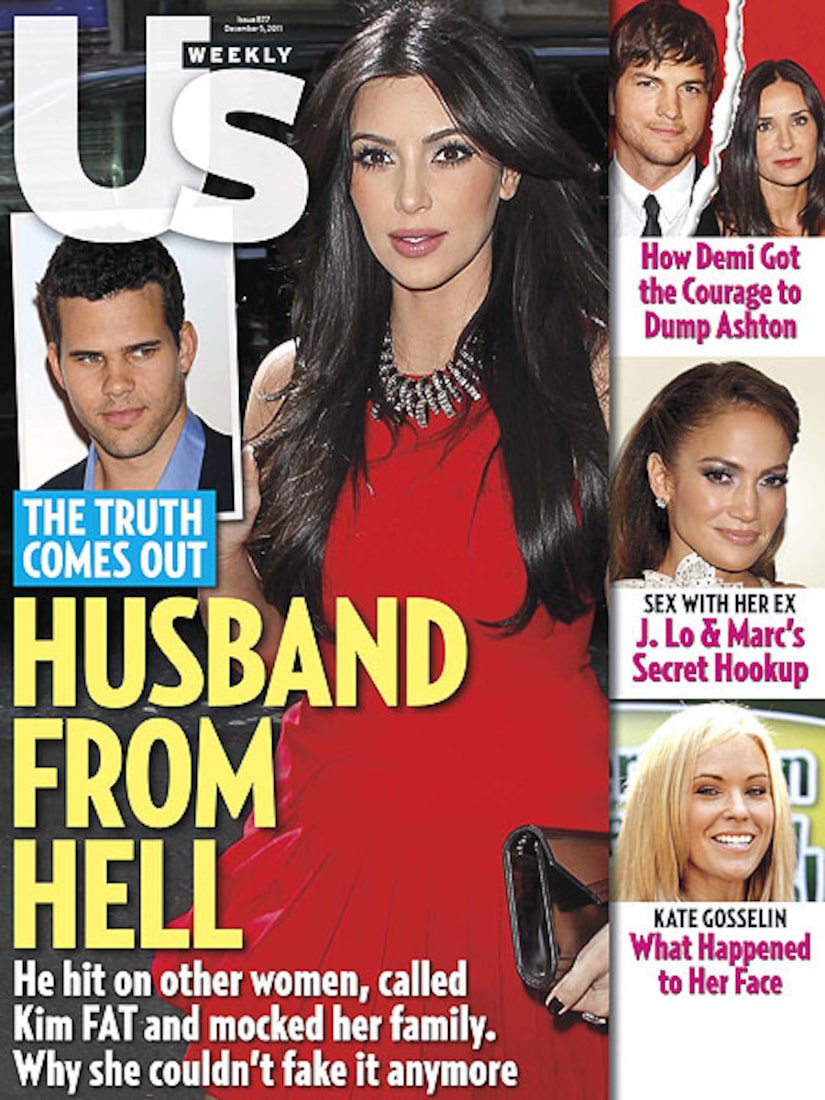 According to Us, the out-of-work NBA star enjoyed some of the perks of being married to a famous Kardashian, but also resented the attention Kim would receive.

The source said, "He tried to control Kim by bringing her down... He would say truly terrible things. One time, he said she had no talent and her fame wouldn't last. And called her 'fat a**.'"

A source close to Humphries told Extra exclusively, "The Us Weekly story is completely taken out of context and a manipulation of the media. The show is completely staged; there is nothing real about this reality show. Kris teased Kim a lot, but it was never malicious, and he never resented her. He loved her and still does. Too bad they have to tear someone down to propel their own careers."