A baby shower in honor of mom-to-be Jessica Simpson was thrown over the weekend at her Hollywood Hills home with a few of her high-profile friends, including Jessica Alba, Gwen Stefani and Ali Larter. 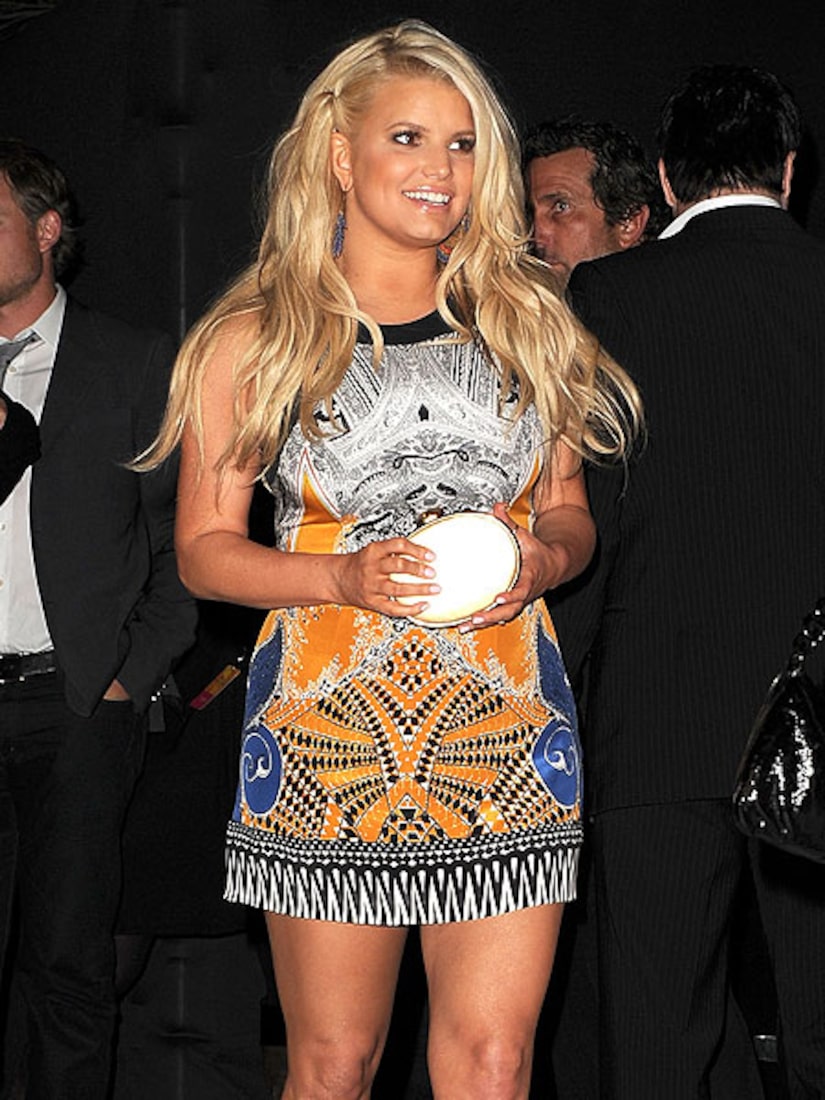 According to X17Online, the singer and her pals enjoyed the festivities along with famous tots Bronx, Honor, Haven, Zuma, Kingston and Theodore. In addition to the fabulous baby gifts she received, the fashion mogul is in talks with Weight Watchers for a $4-million deal to shed the baby weight, reports US Weekly. Simpson was planning on working with the brand before she became pregnant, so "this was the perfect compromise," she said.

The 31-year-old announced her baby news on Twitter this past Halloween, writing, "I'm going to be a mummy," and tweeting a photo of herself dressed in a mummy costume.

Simpson is reportedly due to give birth next spring. The dad is former footballer Eric Johnson.