The issues and doubts that plagued the romance between Ashton Kutcher and Demi Moore - the 15-year age difference, his cheating past, her insecurities - are what finally ended their six-year marriage, People.com reports. 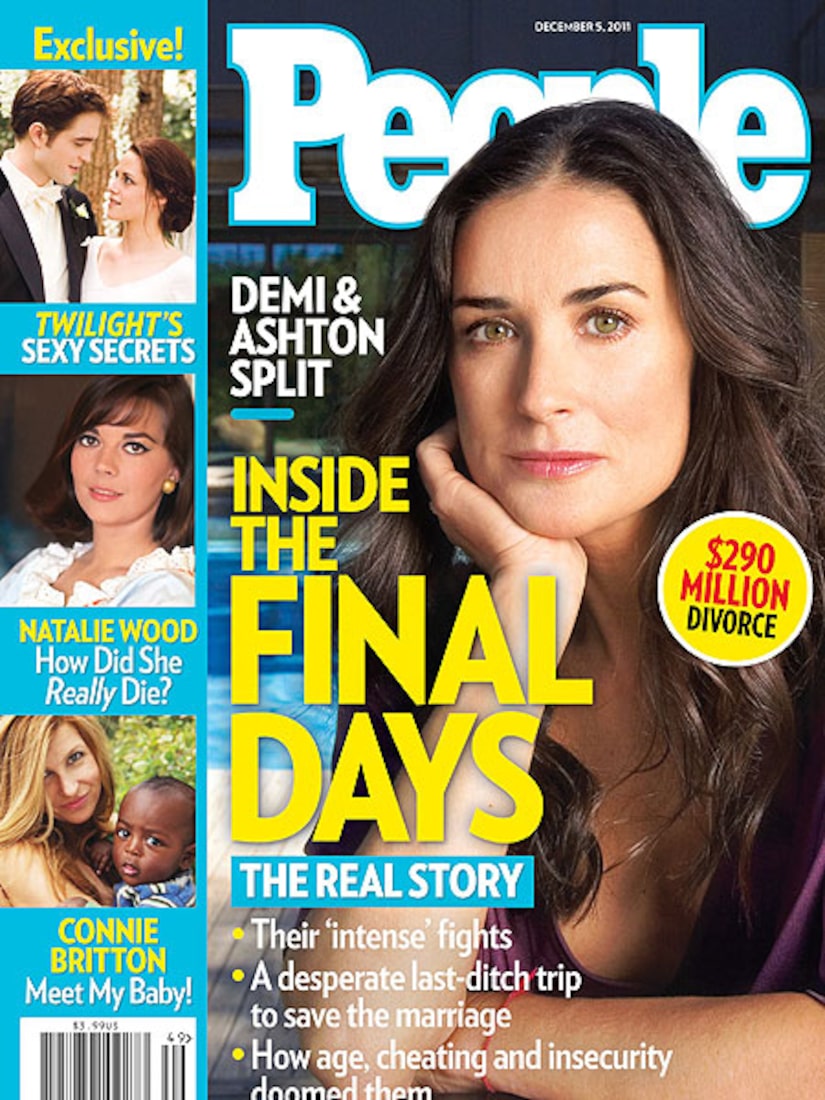 As a result, the marriage "had been deteriorating for a long time," a friend of Kutcher, 33, told People this week's cover story. "Ashton was ready to end it, but he wanted to wait for Demi to actually do it. He loved her but couldn't live with her."

Moore, 49, "really wanted to save the marriage but couldn't deal with the pain of his cheating," added the friend.

"If anyone was uncomfortable with the age difference, it was Demi, not Ashton, a Kutcher pal told People. "She drove him crazy after a while with questions and doubts."

People reporter Carlos Greer told "Extra" the two "pretty much have been living this nightmare marriage." Greer said, "Demi doesn't want to be perceived as the jilted wife. She just couldn't put up with it any longer."