Not only did she get to sit down for a one-on-one with Hollywood's hottest werewolf, Taylor Lautner, she and the "Breaking Dawn" star posed together inside a photo booth! After looking at his photo, Lautner commented, "I'm like, 'Hmm, what's going on?'" 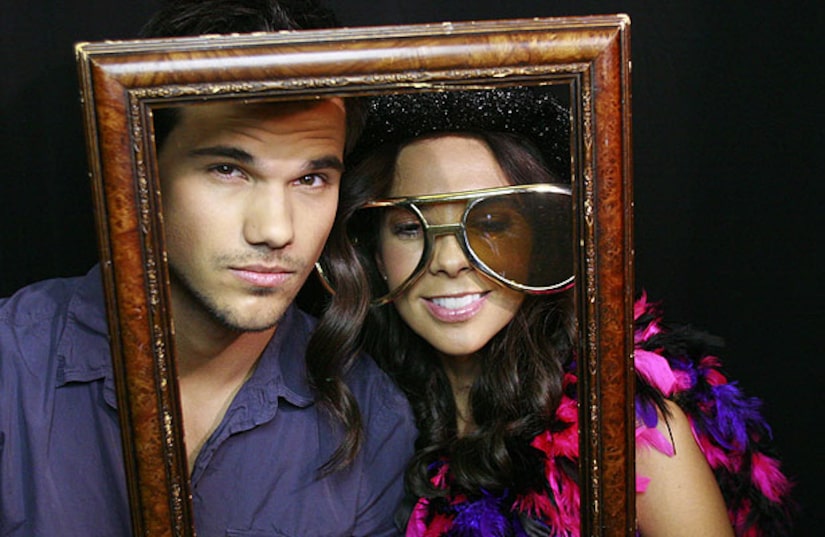 Lautner addressed Seymour's disappointment in the his lack of shirtless in the film, but the actor said it didn't bother him. Taylor spoke of his half-nude scene, saying, "It lasts about two seconds... we get it out of the way."

"Breaking Dawn - Part 2," the last movie in the saga, has finished shooting, and Terri asked if Taylor plans to let his strict diet and exercise regimen slip a little. He replied, "No, I definitely won't pig out. I mean, I don't have to be in the gym six days a week going crazy."