"Extra" host Maria Menounos caught up with singer Justin Bieber and his manager Scooter Braun on Thursday at Bieber's charity event, "Pencils of Promise," where she got the exclusive lowdown on allegations the pop star fathered a child. 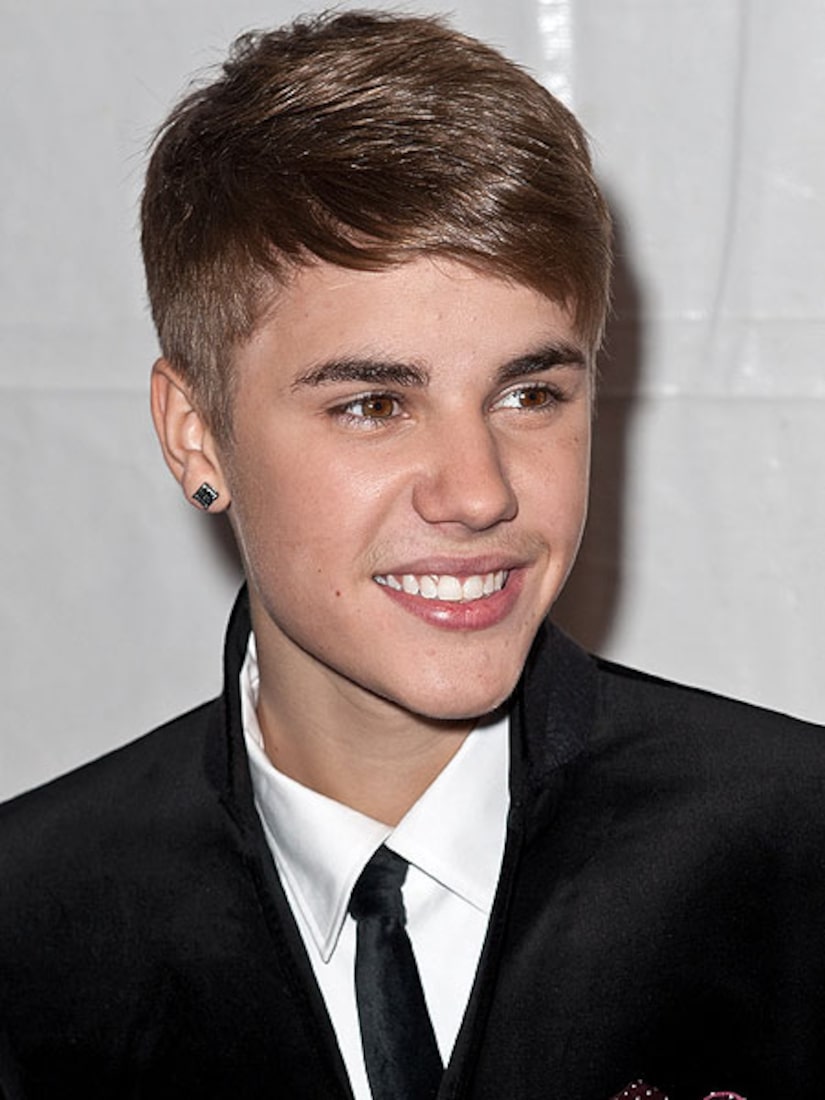 Though the paternity suit filed by Mariah Yeater has been dropped, Braun said his client will still take the DNA test. "He's ready to take a paternity test, at any moment. We have one scheduled for tomorrow," Braun told Menounos. "He doesn't mind, he's like 'I'm just going to go ahead of it and be fine.'" Justin added, "It doesn't matter."

Braun did indicate the Biebs may want to take action against Yeater. "We've never even seen the lawsuit, but we're going to just get ahead of this thing and go right after it. I think it's important to hold people accountable for their actions."

The "Baby, Baby, Baby" singer agreed. "Just because she did it, we don't want it to seem like its okay for everyone to say, like, 'I had Justin's baby or having his baby.'" Braun quipped, "I'm actually having Justin's baby. I'm pregnant. I'm showing soon."

Justin's Christmas album, "Under the Mistletoe," is in stores now.