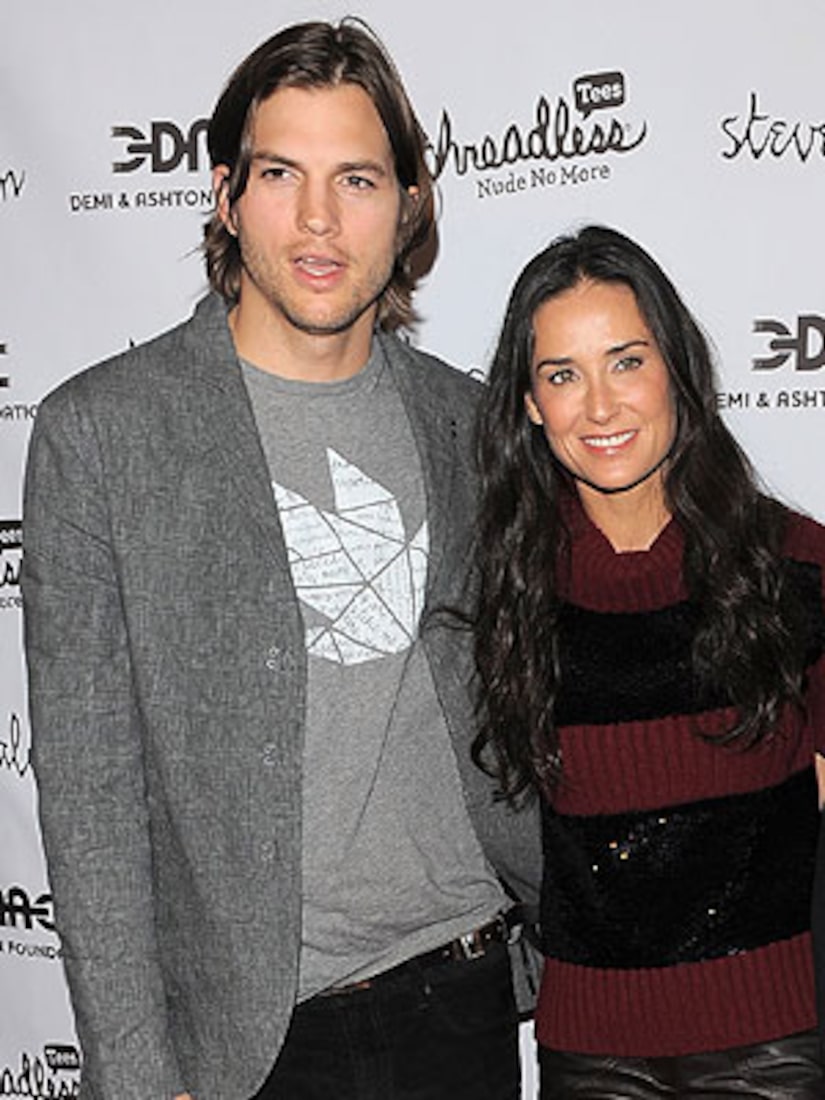 After six years of marriage, Demi Moore decided to file for divorce from Ashton Kutcher, according to the Associated Press.

In a statement, the actress said, "It is with great sadness and a heavy heart that I have decided to end my six-year marriage to Ashton. As a woman, a mother and a wife there are certain values and vows that I hold sacred, and it is in this spirit that I have chosen to move forward with my life. This is a trying time for me and my family, and so I would ask for the same compassion and privacy that you would give to anyone going through a similar situation."

Ashton took to Twitter, writing, "I will forever cherish the time I spent with Demi. Marriage is one of the most difficult things in the world and unfortunately sometimes they fail. Love and Light, AK."

Reports of a troubled marriage first surfaced when a young blonde, Sara Leal, revealed an alleged one-night stand with the "Two and a Half Men" star in September. Shortly after the cheating allegation, Ashton and Demi began a series of mysterious tweets before reuniting a few times to attend Kabbalah services.

The latest news on the couple involved the estranged spouses going to Bruce Willis' Turks and Caicos vacation home to evaluate their marriage, according to US Weekly. "Things have been very strained," said a source. "[But] they're trying to figure things out." And they apparently did.

Demi, 49, and Ashton, 33, were married in 2005 in a private ceremony conducted by a Rabbi of the Kabbalah Center.

There is no word yet on when Demi will file the divorce papers.