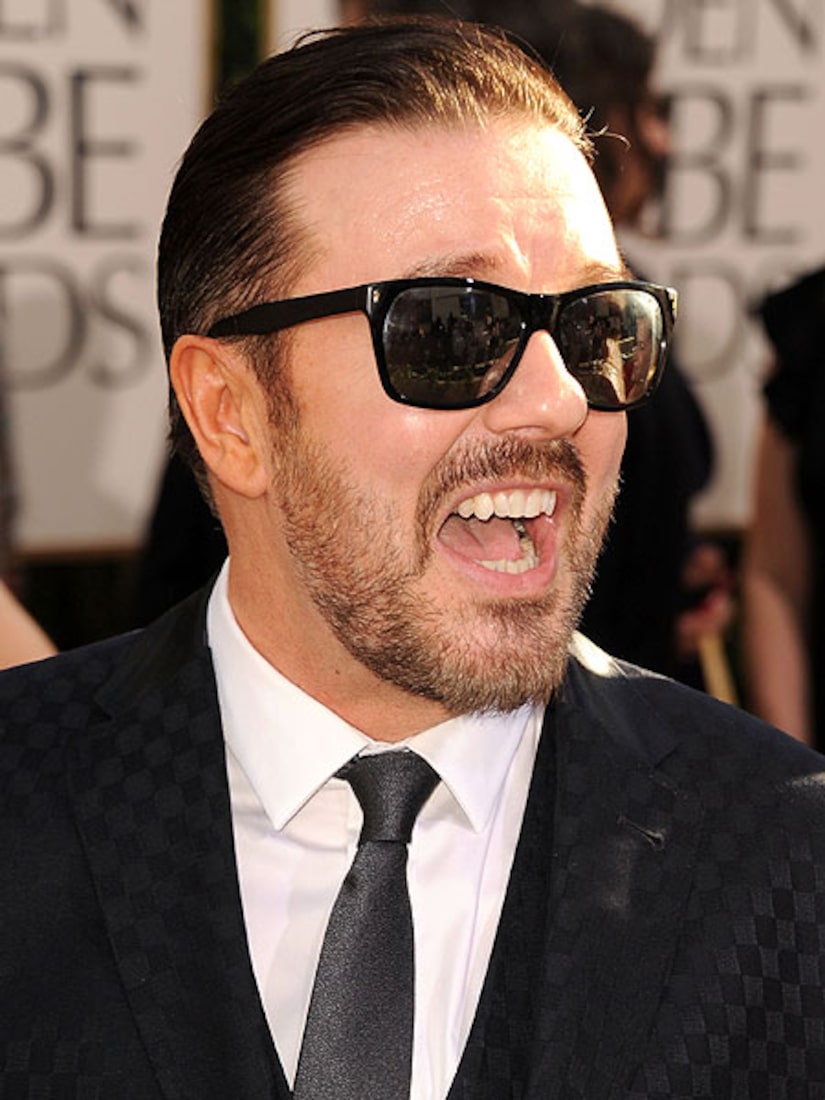 The British jokester's return for a third hosting stint may come as a bit of a surprise, since his acerbic humor about celebrities during this year's broadcast was criticized for being too harsh.

Gervais tweeted, "Just told Billy Crystal he'd better not use any of my holocaust or pedophile material at The Oscars. He agreed (true)."

It looks like more snarky merriment is in store. The 2012 Golden Globes will be held January 15 and will air on NBC.