Weeks before she announced her split from Kris Humphries after just 2 months of marriage, Kim Kardashian posed for Marie Claire's December cover. In the issue, she talks about the trust in her relationship. 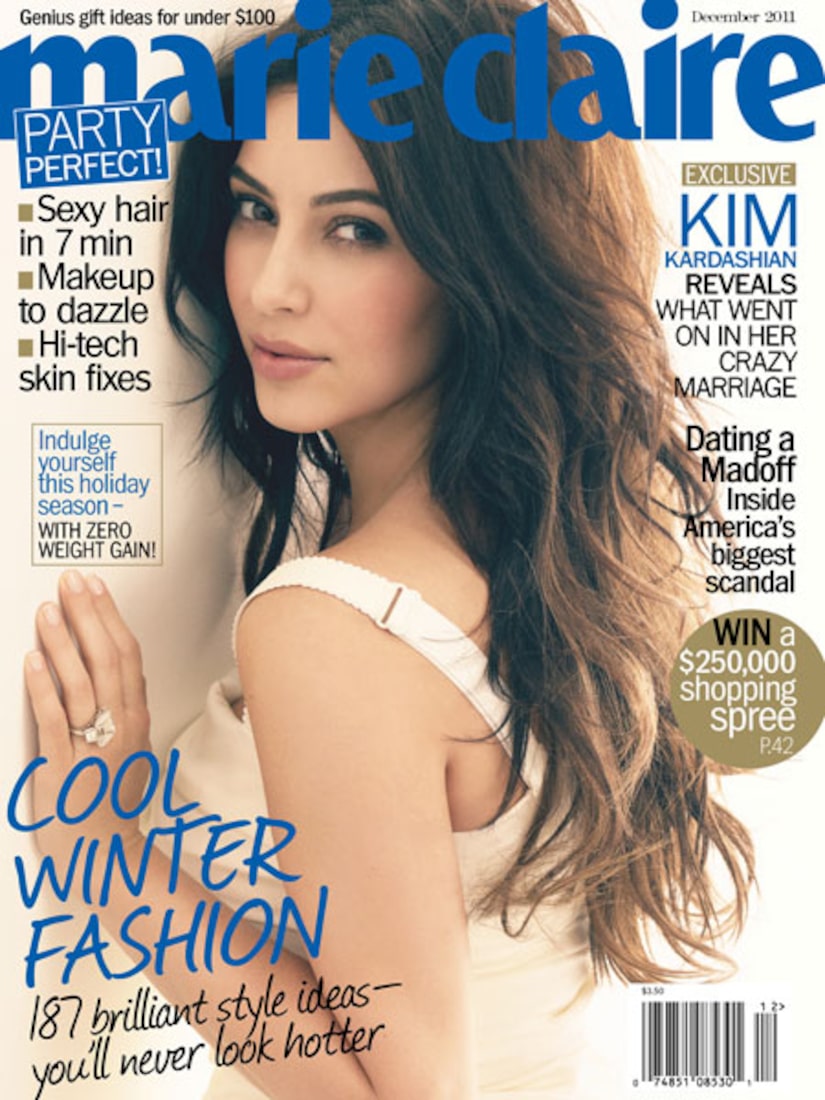 She said, "I'm not worried about him at all. We have a lot of trust, and I don't think either of us would do anything to break that. It makes life so easy. He's such a good guy; he is so down-to-earth, and it's such a reality check. He is a normal guy, and I just want to chill out and be normal and not get glammed up all the time. He gets it. Sometimes my life can be really intimidating for people, but he allows me to work and do what I've gotta do." 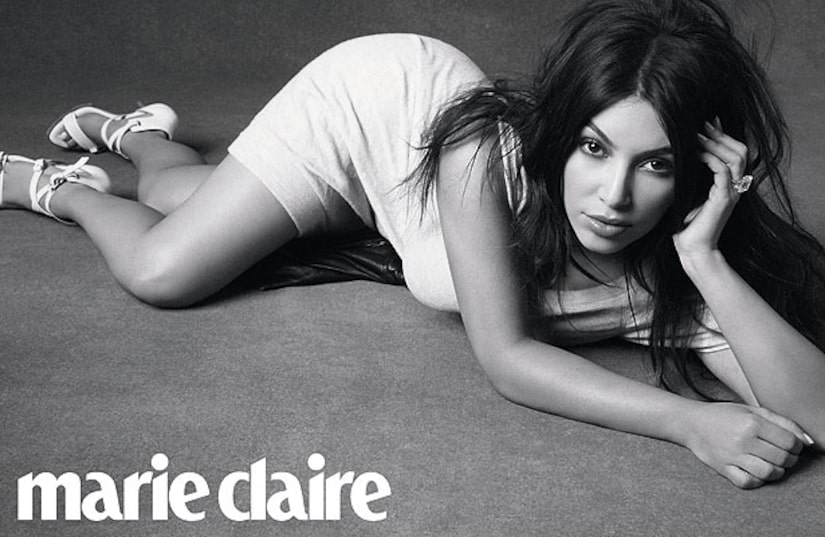 Although Kim nixed the reality cameras capturing the drama surrounding her divorce, the 31-year-old insists her family's shows are real. "We made a pact as a family and said we would be truly authentic because people don't buy bullsh**. We'll just be who we are, and - love it or hate it - we have each other. I think that's what makes it so relatable, because we are not afraid to show crazy things."

Meanwhile, Humphries, who has been laying low at his home in Minnesota, is reportedly going to sign the divorce papers, according to a source close to the basketball star. The insider also insists Kris has not hired a new attorney, and that "Hutton's been his lawyer since day one."

The 26-year-old was spotted in NYC Monday night, dining at Serafina with friends.