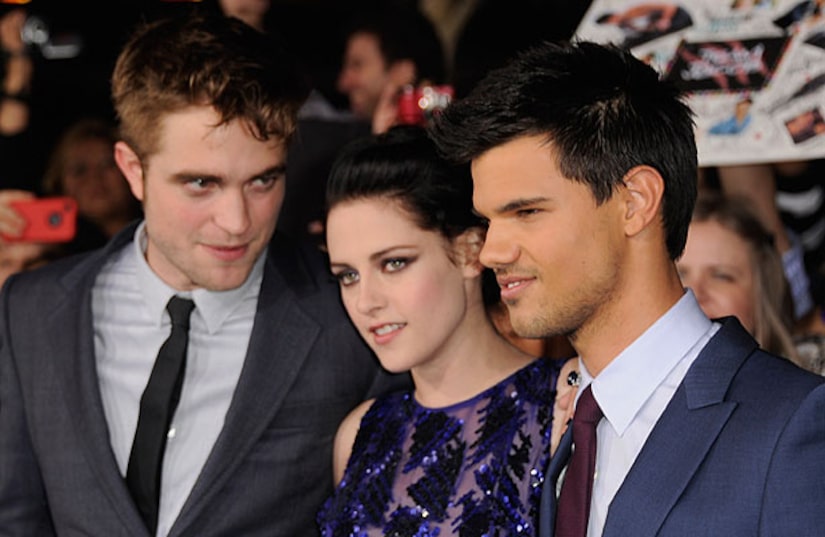 Pattinson recently spoke with "Extra's" Terri Seymour about the highly anticipated "Breaking Dawn, Part 1" sex scene between Bella and Edward, saying it was "the majesty of sex." When Menounos reminded him of the comment at the premiere, Pattinson groaned, "I have no idea what I'm talking about, ever."

The film almost received an R-rating for the scene. Stewart explained, "I think they pulled like two shots and a few noises. It's kind of a fine line what makes something rated R." Pattinson added, "They took more of Kristen out and left more of me in."

Check out all the best "Twilight: Breaking Dawn, Part 1" coverage!

Stewart was also tending to a foot injury she received on the set of her film, "Snow White and the Huntsman," changing out of her heels and into sneakers on the "Extra" platform! The actress laughed, "I don't know why I do this to myself all the time. I just get so into it and I zone out and I hurt myself."

Now that the end is near for the Twilight franchise, is it bittersweet? Lautner replied, "That's exactly what it is. It's a bummer because we all have a lot of fun making the movies and we really are a family."