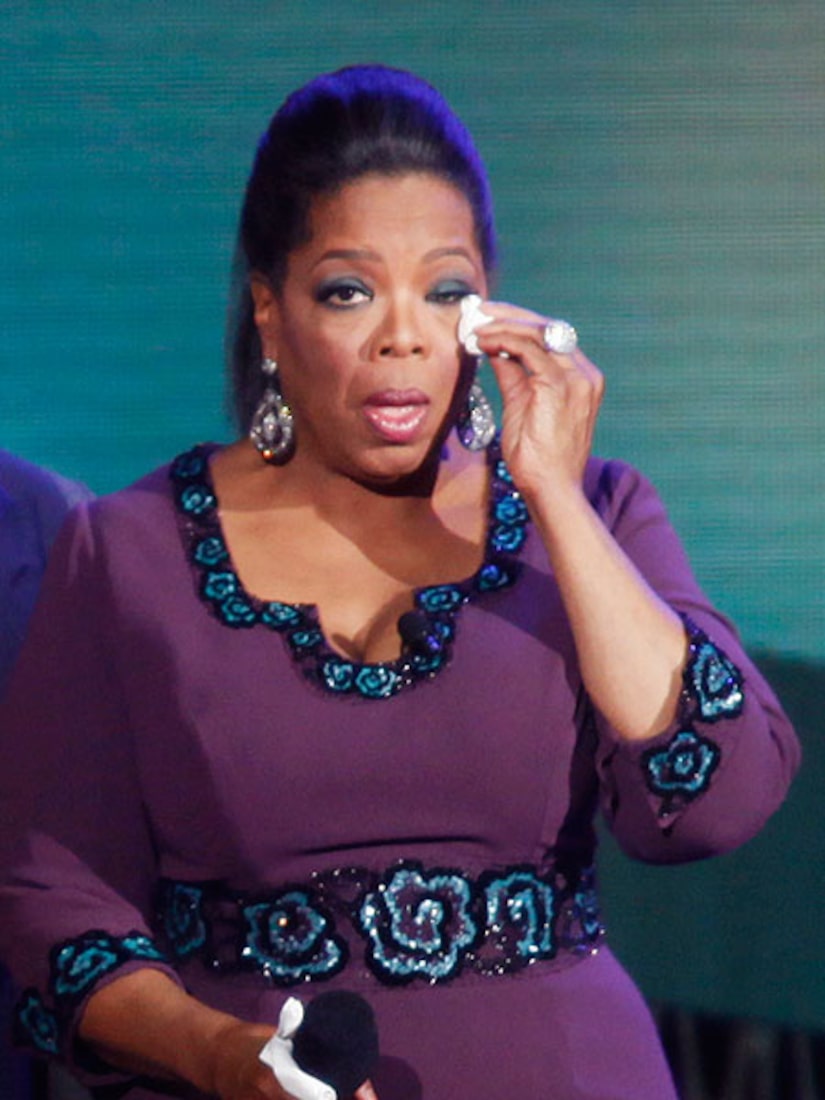 An emotional Winfrey, 57, was given the Jean Hersholt Humanitarian Award, and said to the crowd, "It's unimaginable I would be standing before you, voted by the Board of Governors. When I say thank you, it comes from a deeper place than I know, 'cause it's not from me, it's from everyone who made me possible."

Maria Shriver, Oprah's longtime supporter and friend, took to the stage and said, "Oprah talks a lot about what she knows for sure... and what I know for sure is I love you for real, so does everybody in this room and millions you will never know."

Guests at the black-tie event held at the Hollywood & Highland Center in Los Angeles, spoke of producer Brett Ratner's exit from next year's Academy Awards, and Billy Crystal's return to the stage. Glenn Close said, "I'm a huge fan and he's truly a witty man, so I think it will be great."