"Extra's" Mario Lopez took part in recognizing Veterans Day in San Diego at the 2011 Quicken Loans Carrier Classic, which took place on the flight deck of the USS Carl Vinson. 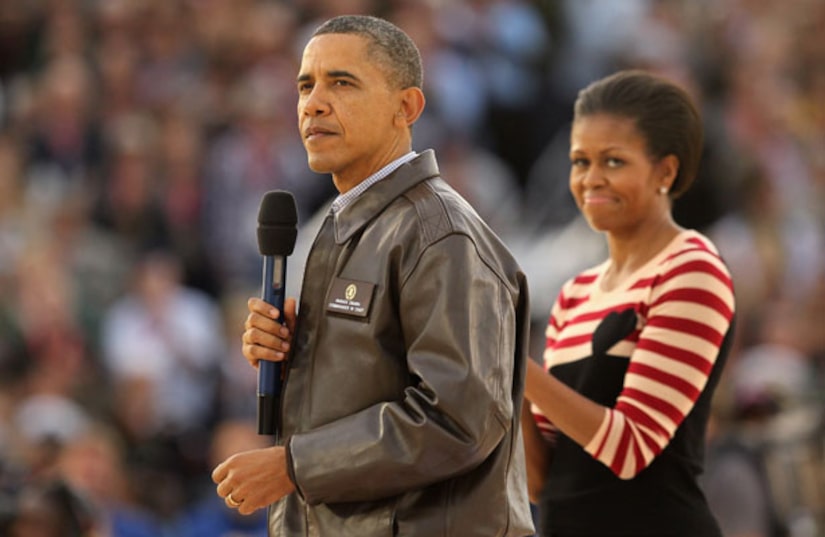 President Obama and First Lady Michelle Obama were also aboard for a historical marquee match-up between North Carolina and Michigan State. Obama announced, "We are so fortunate to witness two of the greatest basketball programs in history."

Mario, who recently injured his knee while running the NYC Marathon last week, told disappointed teammate Brooklyn Decker that he had to sit the game out. Decker replied, "Bum knee, shum knee! That's a good excuse." Lopez pleaded, "Do you think I'd turn down an opportunity to play basketball with you? Seriously!"

Watch the excerpts from the event!