Climb aboard the "Crazy Train"! Veteran rock band Black Sabbath is reuniting for their first new album in 33 years and a 2012 world tour. 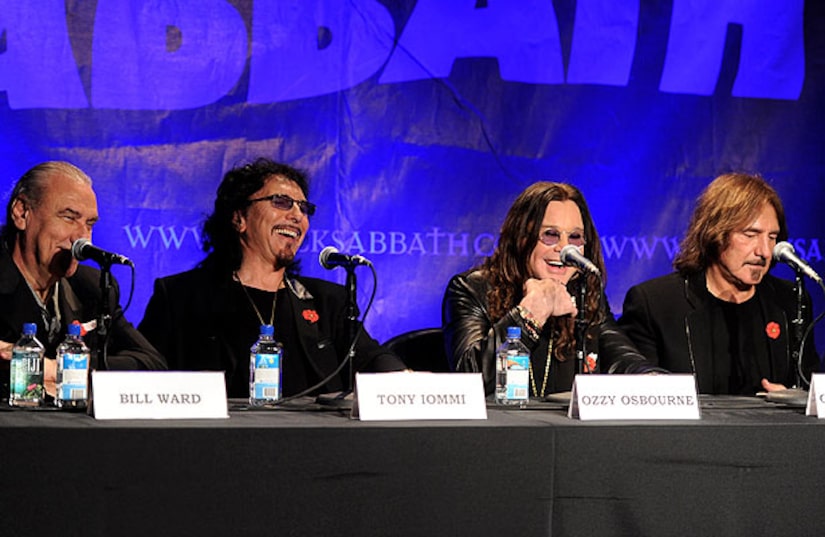 The band, which first got together under the Black Sabbath name in 1969, said they were working on new material for the album for release in the fall of 2012. "It's now or never. We are getting along great. Everything's really good," said Iommi.

"It's just time," Osbourne added, noting that the four had tried in the past to work together again. "This time, for some magical reason, we have written about seven or eight songs."

Nothing has been recorded yet and no dates were announced for the tour.

The band also announced the launch of its first official website blacksabbath.com, and said it would be making its first foray into social media via Facebook and Twitter.