Singer, actress and director Madonna is on the cover of Harper's Bazaar -- along with Andrea Riseborough, star of Madge's new film, "W.E." In the December issue, the superstar talks women, power, sexuality and "W.E." 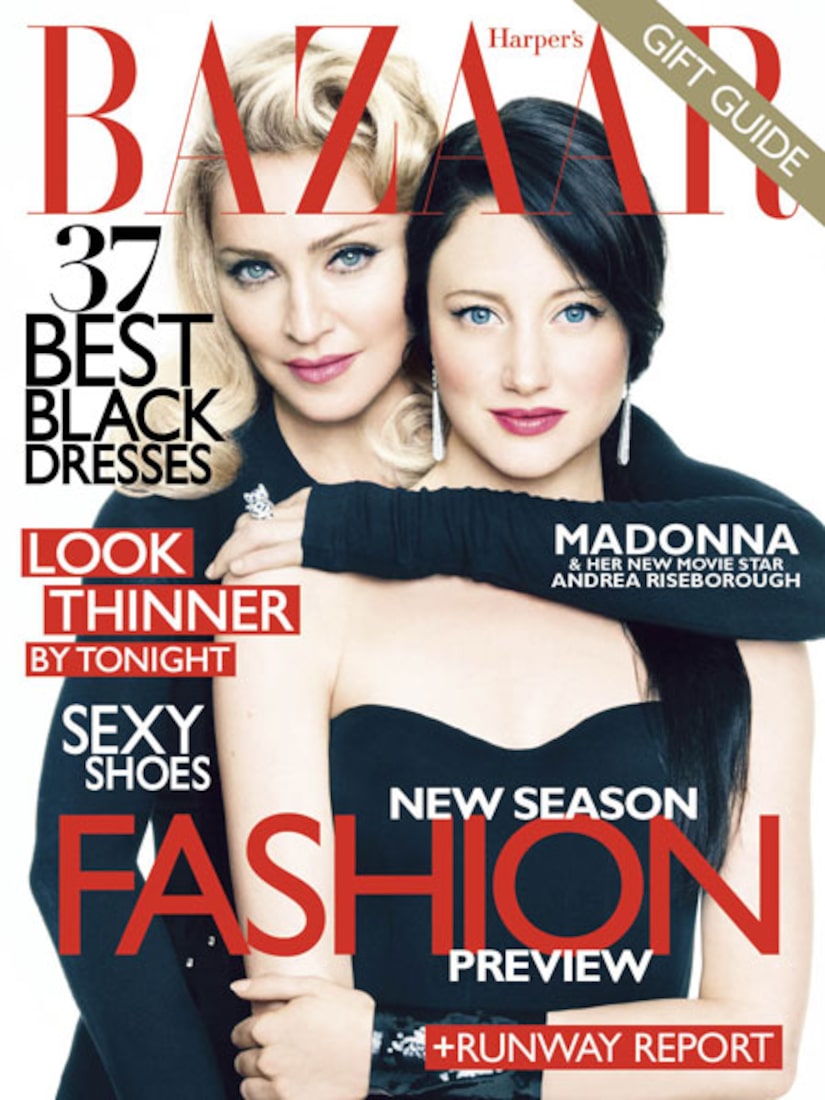 Here are a few highlights from the interview:

Why she was drawn to the subjects of her movie, the Duke and Duchess of Windsor: "I think my behavior and my lifestyle threaten a lot of social norms, like the movie does. I think there are a lot of parallels and connections." On her sense of self: "I think it's just that as a creative person, in all the different things that I've done or ways that I've found to express myself, I've consistently come up against resistance in certain areas. I think that the world is not comfortable with female sexuality. It's always coming from a male point of view, and a woman is being objectified by a man -- and even women are comfortable with that. But when a woman does it, ironically, women are uncomfortable with it. I think a lot of that has to do with conditioning."

On her age: "I find whenever someone writes anything about me, my age is right after my name. It's almost like they're saying, 'Here she is, but remember she's this age, so she's not that relevant anymore.' Or 'Let's punish her by reminding her and everyone else.' When you put someone's age down, you're limiting them. To have fun, that's the main issue. To continue to be a provocateur, to do what we perceive as the realm of young people, to provoke, to be rebellious, to start a revolution."

The December issue of Harper's hits newsstands Nov. 29. "W.E." opens in the US on December 9.