He's back! Funnyman Billy Crystal has been named the new host of the 84th Annual Academy Awards. 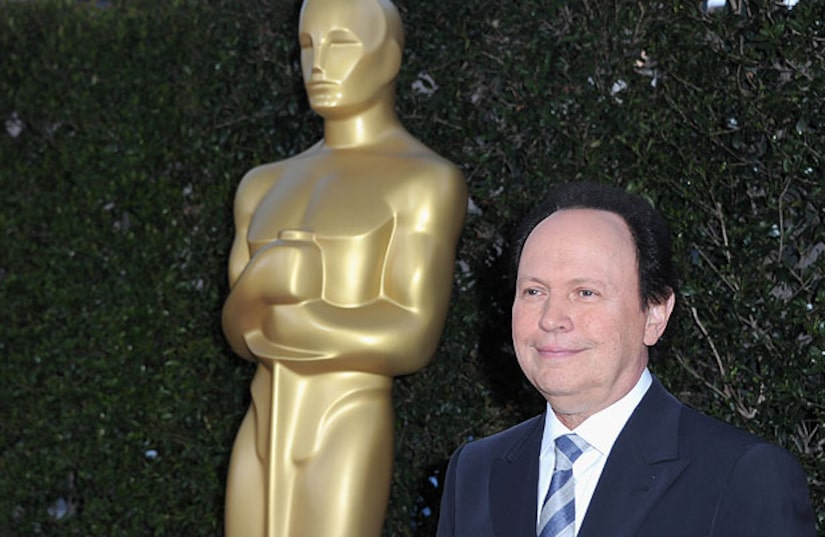 Crystal confirmed via Twitter, writing, "Am doing the Oscars so the young woman in the pharmacy will stop asking my name when I pick up my prescriptions. Looking forward to the show."

The "City Slickers" actor steps in after a week of upheaval for the Oscars telecast, in which host Eddie Murphy and producer Brett Ratner exited. Brian Grazer will now be producing.

"I'm thrilled to welcome Billy back to the Oscar stage," said Academy of Motion Picture Arts and Sciences president Tom Sherak. "He's a comic legend and Oscar icon, and it feels good to have him back where he belongs."

Grazer added, "Like so many others, I've been eager to see Billy host again. It's very gratifying that he agreed to do it with Don and me at the helm."

Crystal has hosted the prestigious award ceremony eight times, second only to Bob Hope, who was emcee for 18 Academy Awards.

Billy was warmly received during last year's telecast hosted by Anne Hathaway and James Franco, and there was talk at the time about bringing Crystal back. He won an Emmy for hosting the show in 1998.