Ashton Kutcher is making headlines again... but this time it doesn't involve a hot blonde, his marriage, or his TV job. 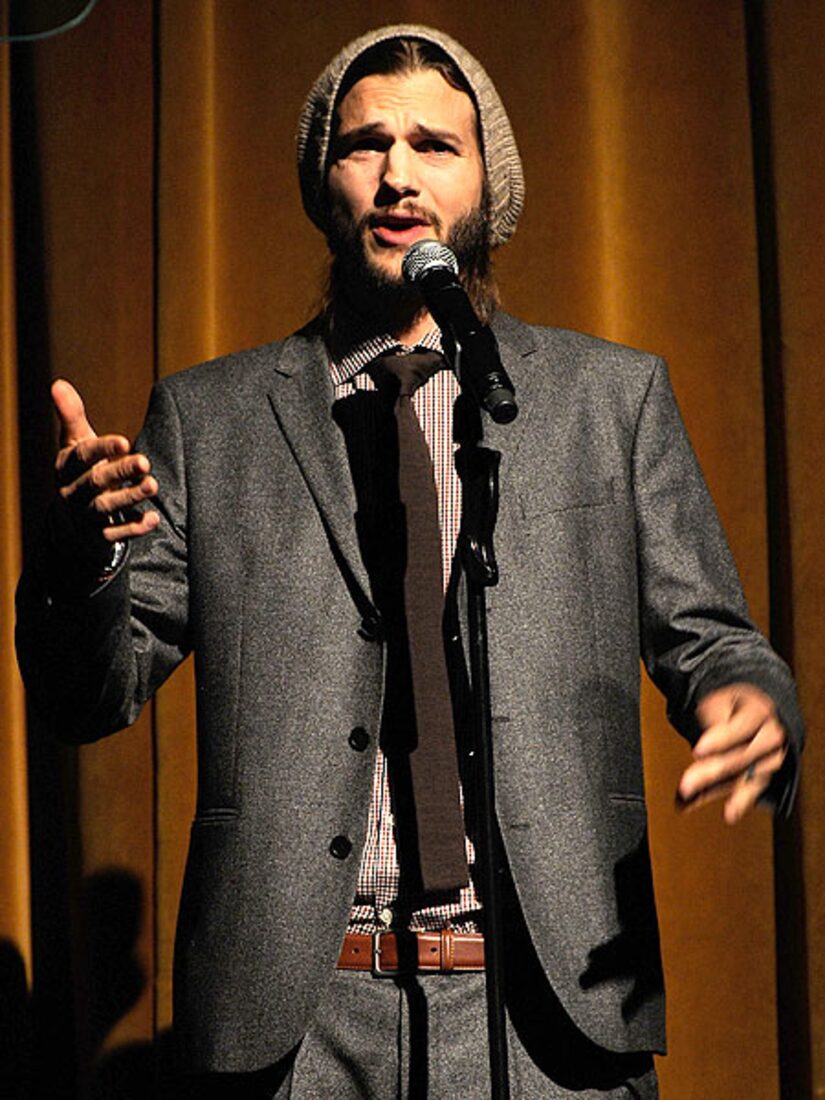 Using his Twitter, the "Two and a Half Men" star showed his support for fired Penn State football coach Joe Paterno, not knowing he was axed for his role in a child sex abuse scandal. Kutcher later realized his blunder and made a vow to his followers. "As of immediately I will stop tweeting until I find a way to properly manage this feed. I feel awful about this error. Won't happen again."

Before learning about the full story behind the Paterno firing, Kutcher, who has 8 million Twitter followers, wrote, "How do you fire Jo Pa? #insult #noclass as a hawkeye fan I find it in poor taste."

Kutcher later deleted his bungled Twitter message and added another that said, "As an advocate in the fight against child sexual exploitation, I could not be more remorseful for all involved in the Penn St. case."

Kutcher writes today that he's now turning over management of his Twitter to his media team "to ensure the quality."

This is Ashton's second Twitter snafu in recent months, as he tweeted on 9/11, "The greatest day of the year," referring to the start of football season. Oops!

Ashton wrote this letter, addressing the Twitter management situation and making another apology.

Up until today I have posted virtually every one of my tweets on my own, but clearly the platform has become to big to be managed by a single individual. When I started using twitter it was a communication platform that people could say what they are thinking in real time and if their facts where wrong the community would quickly and helpfully reframe an opinion. It was a conversation, a community driven education tool, and opinion center that encouraged healthy debate. It seems that today that twitter has grown into a mass publishing platform, where ones tweets quickly become news that is broadcasted around the world and misinformation becomes volatile fodder for critics.

Last night after returning home from work I walked by the television and simply saw a headline that Joe Paterno had been fired. Having no more information than that, I assumed that he had been fired due to poor performance as an aging coach. As a football fan and someone who had watched Joe's career move from that of legend/innovator to a head coach that fulfilled his duty in the booth, I assumed that the university had let him go due to football related issues. With that assumption (how dare I assume) I posted a tweet defending his career. I then when about my evening, had some dinner, did a little work, and about an hour later turned on ESPN where I got the full story. I quickly went back on my twitter account and found a hailstorm of responses calling me an "idiot" and several other expletives that I've become accustom to hearing for almost anything I post. I quickly retracted and deleted my previous post, however that didn't seem enough to satisfy people's outrage at my misinformed post. I truly am sorry if I offended anyone and more over am going to take action to ensure that it doesn't happen again.

A collection of over 8 million followers is not to be taken for granted. I feel responsible for delivering an informed opinion and not spreading gossip or rumors through my twitter feed. While I feel that running this feed myself gives me a closer relationship to my friends and fans I've come to realize that it has grown into more that a fun tool to communicate with people. While I will continue to express myself through @Aplusk I'm going to turn the management of the feed over to my team at Katalyst Media to ensure the quality of it's content. My sincere apologies to anyone who I have offended. It was a mistake that I don't think will happen again.