Racking up those frequent flyer miles, Kim Kardashian traveled to Atlanta to be on the set of Tyler Perry's new movie, ironically titled "The Marriage Counselor." 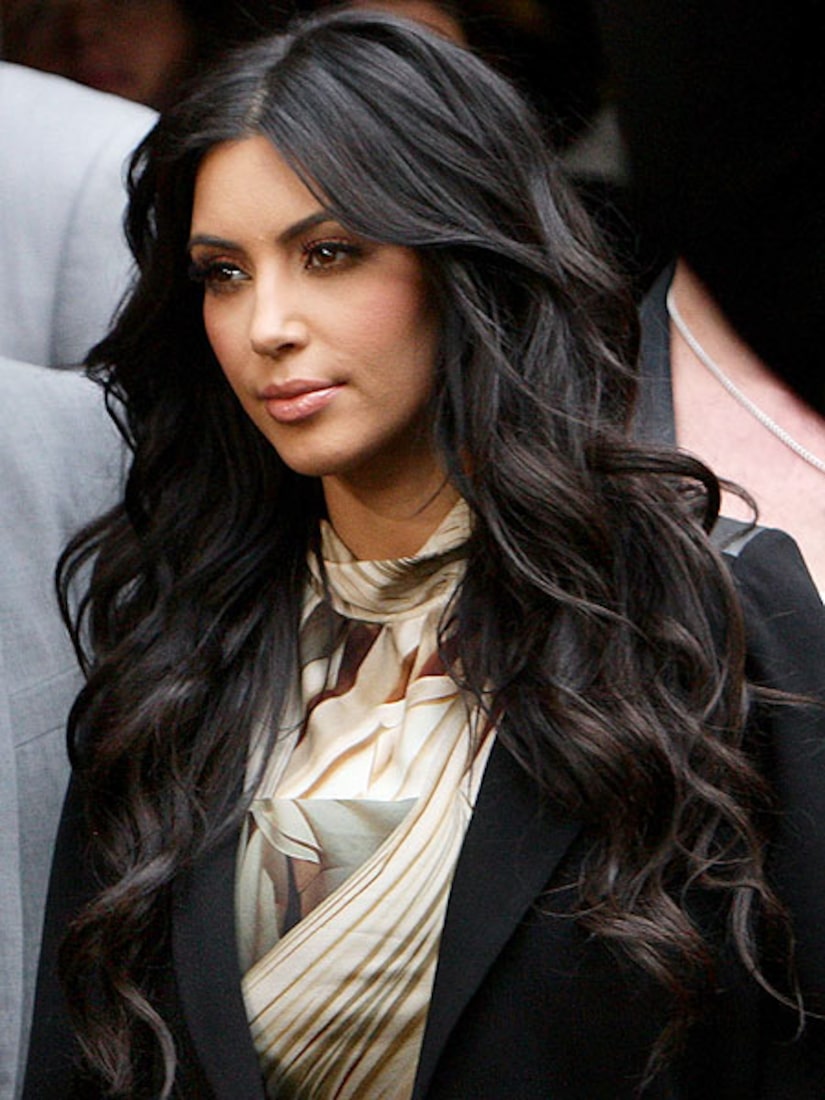 Kim is also appearing in the new promo for the second season of "Kim and Kourtney Take New York," which reveals her 72-day marriage to Kris Humphries might have been doomed from the start, with Kim complaining about her new husband, saying things like, "He's gone out every night since we've been here."

The Kardashian Sisters Like it Low, Short and Tight!

Kim, who flew to Minnesota on Sunday to meet with Humphries for the first time since announcing the split, reportedly sat down for four hours with Humphries and the pastor who married them. Even though the meeting was amicable, there is no reconciliation in sight. Kim and Kris reportedly agreed not to bad-mouth each other, adhering to the non-disclosure agreement outlined in their ironclad prenup.

Meanwhile, Mom Kris Jenner has been making the media rounds, promoting her new book and dealing with questions directed toward her daughter's failed marriage. In an interview with Jay Leno, Jenner said the new season of "Kim and Kourtney" will not edit out Kris Humphries, even though Kim said she does not want the drama surrounding the divorce to be aired. Jenner told Leno, "We decided a long time ago when we do these shows, we are gonna be raw and not take stuff out."

Humphries' father, William, breaks his silence in an upcoming issue of Life & Style, saying, "It's not a nice situation. No matter how you look at it, he's going through a divorce."

Master matchmaker Steve Ward, who hosts VH1's "Tough Love Miami" is weighs in on Kim's divorce, saying, "Kim should focus on dating someone who isn't in the limelight and doesn't have a desire to be famous."