New mom Mariah Carey has shed 30 pounds in the last three months for a total weight loss of 70 pounds! 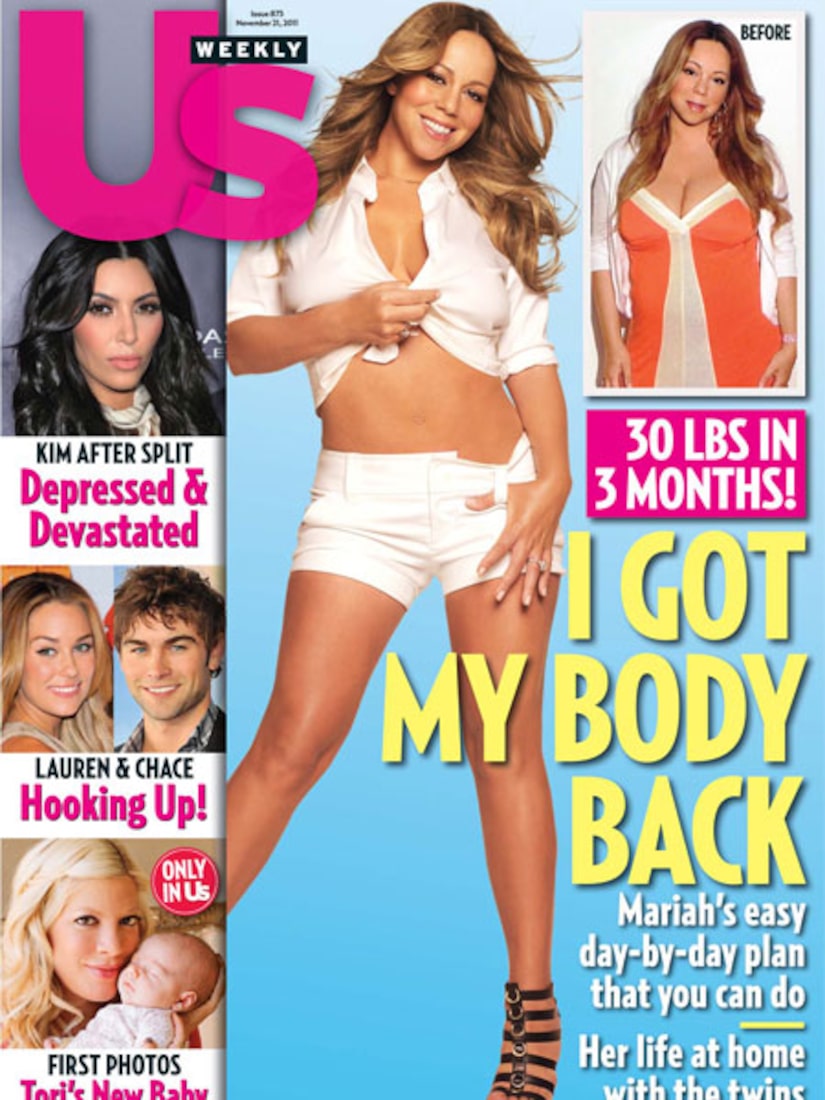 The singer, who welcomed her babies six months ago with husband Nick Cannon, told US Weekly, "I gained an enormous amount of weight."

Mariah Through the Years

Carey revealed she initially lost 40 pounds of water weight immediately following the birth of her twins, who weighed 6 pounds each. Losing the remaining amount of extra weight with the help of nutritionist Jenny (formerly Jenny Craig), Mariah maintained a 1,200-calorie-a-day diet, in addition to working out five to six times a week. The svelte songstress now serves as a Jenny Craig spokeswoman.

"I feel incredible," Mariah gushed. "It was a huge blessing to be able to have the babies. But I felt trapped in my body because I couldn't move."

Carey and Cannon had previously disclosed their struggle to conceive, and experienced a miscarriage before getting pregnant with the twins -- who were delivered via C-section at 35 weeks.

She told "Extra's" AJ Calloway, "I think personally diet is 90%, workout is 10% If you don't workout you'll lose weight but if you workout and diet that's really the way to go."

Monday, Wednesday and Friday: Carey alternates walking with intervals of 30 crunches, 15 pushups and triceps dips, then 15 lunges on each leg and 30 squats. The final move: two sets of bicycle-kick crunches for 30 seconds.

Tuesday, Thursday and Saturday: She does an aquatic workout or walks with five-minute intervals of jogging -- then rests on Sunday. Says Carey, who also loves walking her dogs, "It works so well with any diet!"

Check out Mariah's hot new figure on "The Rosie Show," which aired Tuesday.