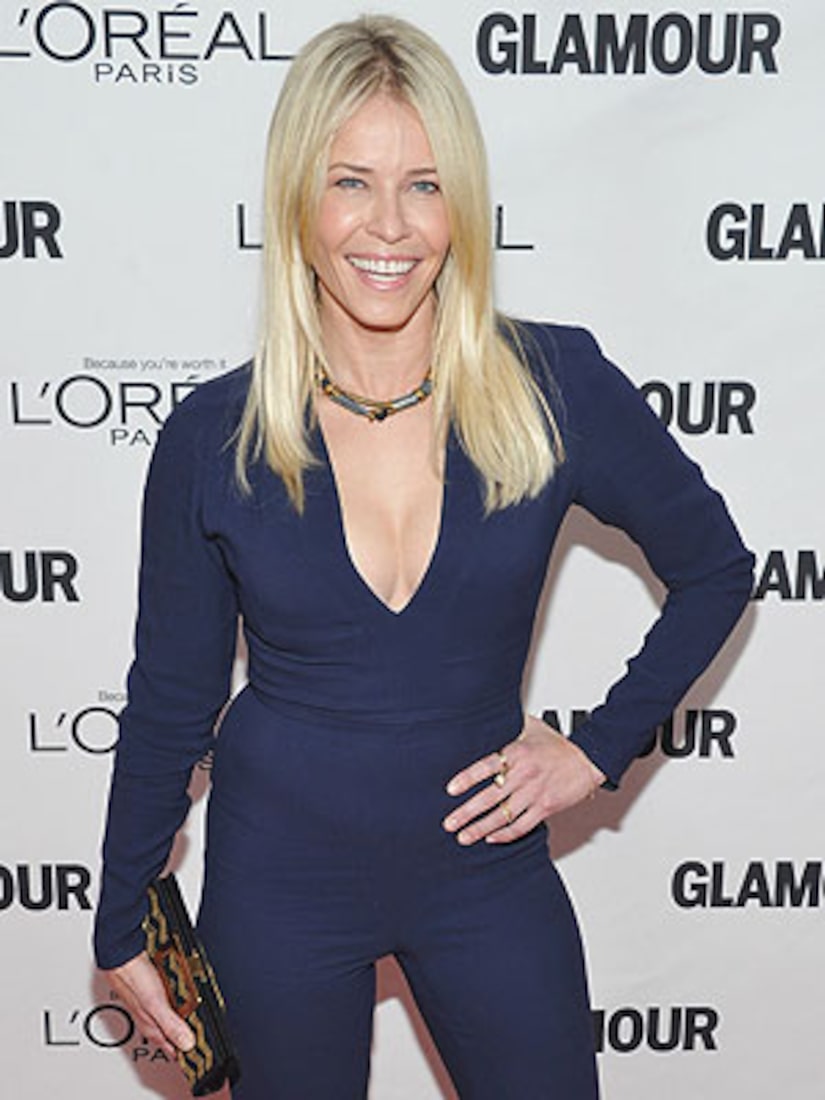 Talk show host Chelsea Handler and businessman beau André Balazs have called it quits after dating for nearly a year, according to Page Six.

The "Chelsea Lately" star, who received a Glamour Women of the Year Award on Monday evening in NYC, walked the red carpet solo.

A source told the publication, "If she's feeling down, she's certainly not showing it."

Chelsea and André were last seen together at a Halloween weekend bash hosted at one of Balazs' hotels. Insiders say the two broke up a short time later.