Courtroom glamour queen Lindsay Lohan was released from jail early Monday morning, after spending a mere four and a half hours behind bars. 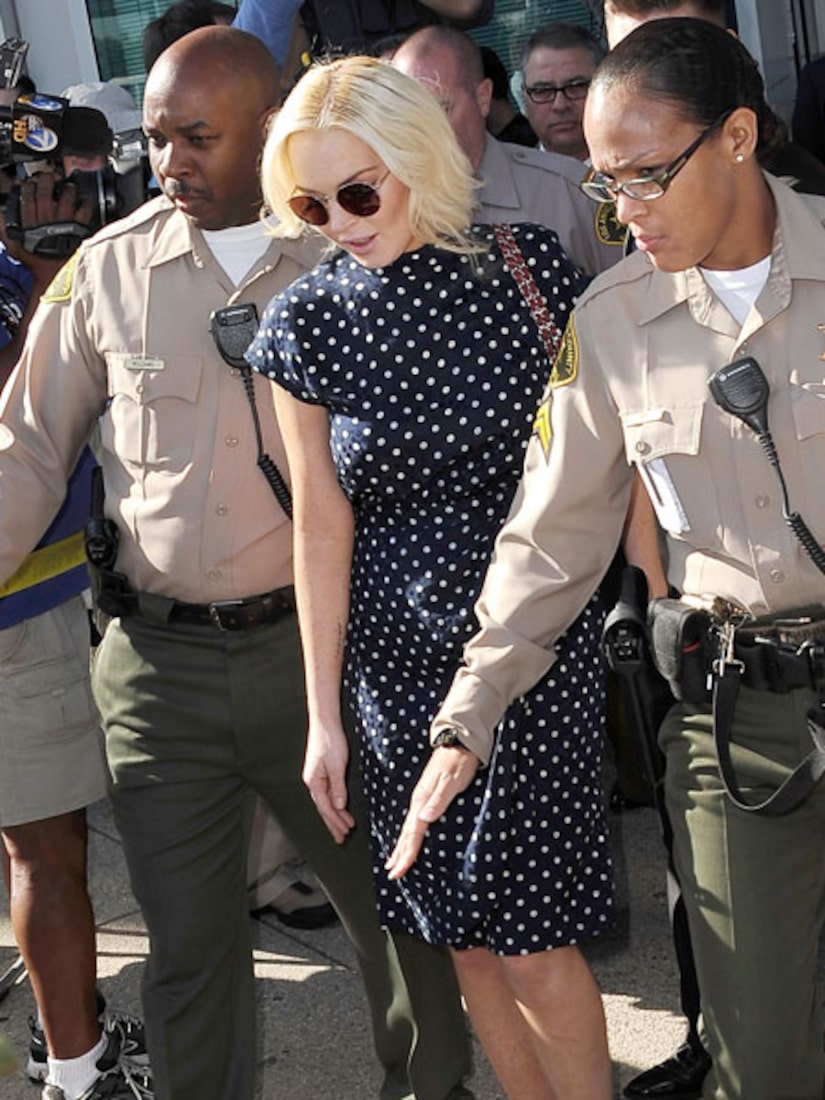 The actress arrived to the Century Regional Detention Facility in Lynwood, Calif. at 8:48 PM to begin her 30-day sentence for violating terms of her probation. Lohan enjoyed a nice meal with friends at a local sushi joint in L.A. before checking into the correctional facility.

Lindsay was reportedly released around 1:30 AM, making a quick getaway in a black Escalade, returning to her Venice home by 2 AM.

Lohan's early release is due to overcrowding, as Sheriff's Spokesman Steve Whitmore previously stated, "It's possible she could be booked in and booked out the same day. It depends on the fluctuations of the day, what's going on in the jail."

The blonde starlet was sentenced to 30 days in jail after a hearing last Wednesday in front of Judge Stephanie Sautner. Lohan admitted to violating her probation in the necklace theft conviction.

Sautner stated that Lindsay must finish the remaining 53 days of her community service, including at least 12 days a month at the L.A. County Morgue. She must also complete 18 psychotherapy sessions.

This is Lohan's fifth jail sentence since being arrested twice for drunk driving in 2007.