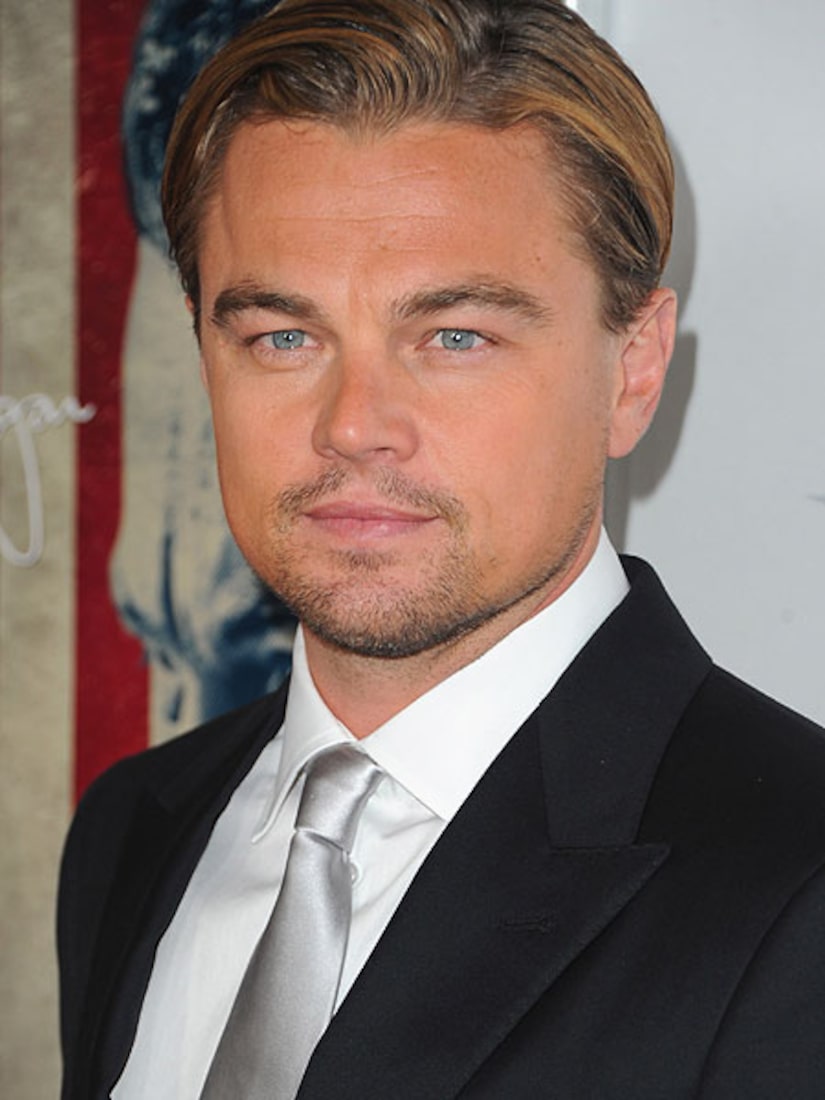 "It's very sweet. They're all pretty enthusiastic to be here tonight," DiCaprio told "Extra" correspondent Renee Bargh. "This is the legendary Chinese Theater, where it's all gone down in Hollywood. So it's cool to see people from L.A. who are actually coming out to a premiere. I would think they'd be too spoiled for that."

The biopic spans the life of the legendary FBI honcho, but DiCaprio admitted he might not be as good as Hoover at keeping the nation's secrets. "I don't think I'd be able to do quite what J. Edgar Hoover did. He infiltrated every person's personal life that he wanted to."

Was the makeup process difficult to transform the 36-year-old actor into a 77-year-old Hoover? Eastwood laughed, "The final day [DiCaprio] was so claustrophobic, he was ready to drink eight martinis!"

"I hope I don't look like that!" DiCaprio exclaimed, when asked if he had a glimpse into his future. Bargh said she thought he looked pretty good. "As the old Hoover? Really? Oh Lord! You've got to get glasses then!"